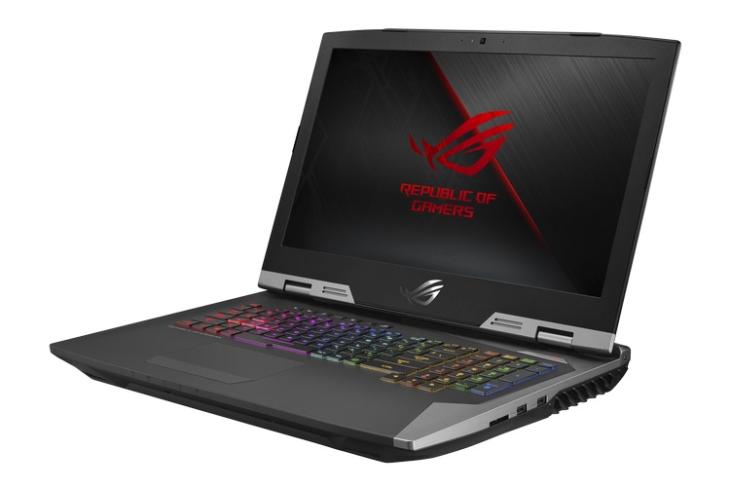 Asus recently launched the X507 Ultrabook in India as a Paytm exclusive, and also revealed the company’s plan to invest around Rs. 100 crore in order to solidify its presence in the Indian market. Going forward in the same direction, the company has today launched two new gaming laptops- the Core i9-powered ROG G703 and the TUF Gaming FX504 in India. 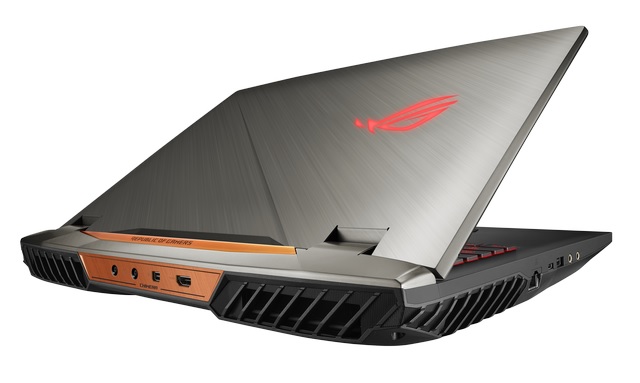 The ROG G703 is a top-of-the-line offering and comes equipped with some beefy hardware. The device packs a 17.3-inch Full HD IPS display with a 144 Hz refresh rate and 3ms response time, coupled with the NVIDIA G-SYNC technology. The ROG G703 also comes with the Aura Sync technology that allows users to extensively customize the lighting effects with connected devices and peripherals, and choose from up to 16 million colors.

But the ROG G703’s true USP is its hardware, as the device comes equipped with the latest hexa-core Intel Core i9 (8950HK) processor, which comes in a factory-overclocked state with a maximum clock speed of an insane 4.8 GHz, paired with 64GB of DDR4 RAM. Graphics are handled by an NVIDIA GeForce GTX 1080 GPU with 8GB of graphics memory, while a 2TB Firecuda Hybrid SSD paired with three 512GB PCIe SSDs is there to handle storage, a set-up which is claimed to be the world’s fastest RAID 0 storage configuration by the company.

The ROG G703 costs Rs. 4,99,990 and will be available starting June 1, 2018 from online stores and authorized retail partners across the country. 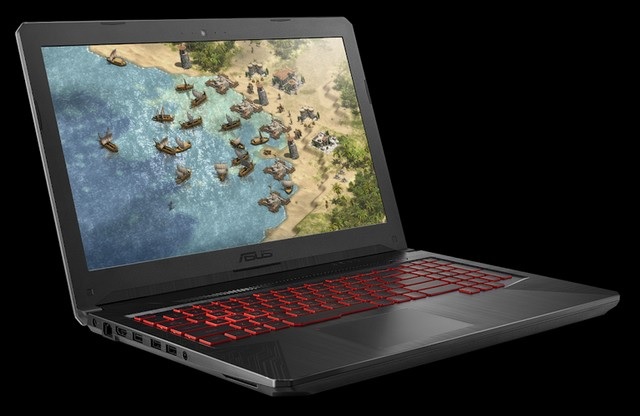 The TUF Gaming FX504 is the first gaming laptop in the company’s TUF series to come equipped with the latest 8th Gen Intel processors. The TUF Gaming FX504 packs a 15.6- inch FHD IPS display with 120Hz refresh rate and 3ms response time. The device has a desktop-style backlit keyboard with red accents and comes with the company’s HyperCool technology for heat management, alongside an advanced Anti-Dust Cooling (ADC) system as well as a Fan Overboost system.

The TUF Gaming FX504 can be configured with the latest 8th Gen Intel Core i7 (8750H) or the Core i5 (8300H) processors, with 8GB of DDR4 RAM and 1TB of Firecuda Hybrid SSD coupled with 128GB of NVME PCIe SSD storage. The higher-end model comes equipped with an NVIDIA GeForce GTX 1050 Ti GPU with 4GB of graphics memory and is priced at Rs. 89,990. TUF Gaming FX504’s low-end variant packs an NVIDIA GeForce GTX 1050 GPU with the same amount of graphics memory and carries a price tag of Rs. 69,990. The TUF-series gaming laptop will be available starting the third week of May from authorized retail partners as well as online.