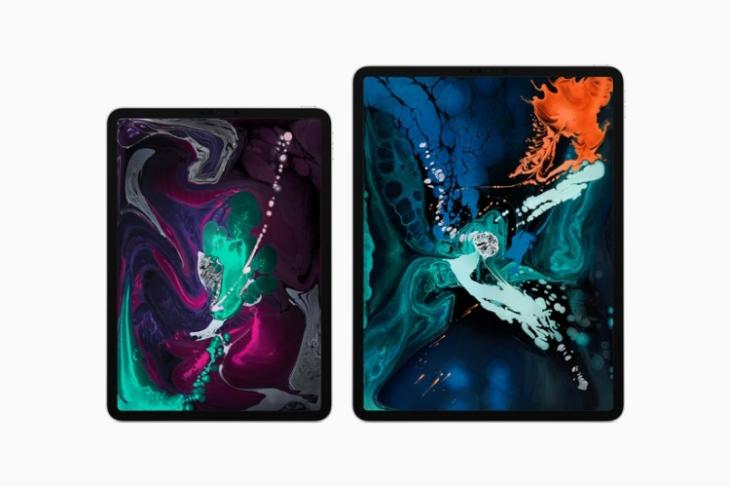 The iPad Pro comes in two variants, a smaller 10-inch model packing a 2388 x 1668 Liquid Retina display with ProMotion technology and a larger 12.9-inch version which packs a 2732 x 2048 Retina screen. The display on both the models features a fingerprint-resistant oleophobic coating on top and peak brightness of 600 nits.

Under the hood, the new iPad Pro is powered by the octa-core A12X Bionic chip which is coupled with a 7-core GPU, an embedded M12 co-processor and an upgraded Neural Engine. The device packs a 12MP rear camera with F/1.8 aperture that is capable of recording 4K videos at up to 60FPS. On the front is the 7MP TrueDepth camera system which has support for portrait mode and also enables Face ID authentication, Animoji and Memoji.

With the new iPad Pro, Apple has finally bid adieu to the Lightning port in favor of a USB Type-C port, along with a T2 chip for authentication. On the connectivity front, you get Gigabit-class LTE, eSIM technology, and Bluetooth 5.0, while the battery life is claimed to be 10.5 hours.

The iPad Pro is now up for pre-order from the Apple website and will go on sale starting November 7th in the United States and a host of European and Asian nations, however, details of its availability in India have not been revealed. Apple’s official press release states that the new iPad Pro models will be available ‘later this year’ in India, which means the device will hit the shelf before 2019 ends.