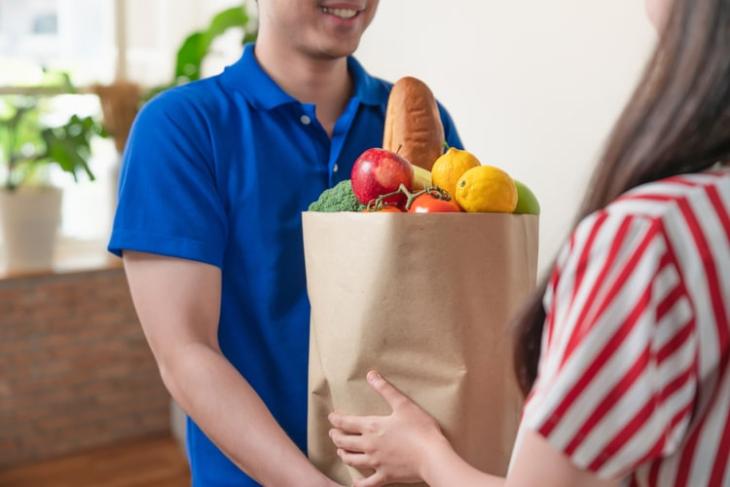 Apart from launching high-end smartphones, tablets, and computers in the market, Apple provides various services in the form of Apple Pay, Apple Arcade, Apple Music, and more, which are arguably going quite well. Now, the Cupertino giant is aiming to further expand its services portfolio with a grocery delivery service, as per analyst Mark Gurman. Check out the details below to find out more.

Apple is rumored to launch a few new services for its loyal customers in the coming months. Gurman says that the company is already focusing on two new ones, including an iPhone/ iPad subscription service and a “buy now, pay later” financing service for Apple Pay.

While the former is expected to allow people to subscribe to the Apple products, the latter option can let them buy Apple products and services on EMIs.

And, there’s another service too. In a recent edition of his Power On newsletter, Gurman reported that Apple has “explored” a new Instacart-like service with deeper integration with Apple Health. For those unaware, Instacart is similar to Swiggy’s Instamart grocery pickup and delivery service that allows customers to order general grocery items from local shops and get them delivered to their doorstep.

One of the key highlights of Apple’s service, as per Gurman, would be integration with Apple Health. The analyst says that the company’s Instacart-like service will take users’ “nutrition data in the Health app” into account, presumably suggesting the relevant grocery items to order.

Now, although Gurman thinks that this is “probably a doozy to pull off and sounds fairly low-margin,” the idea of Apple exploring the possibility of a delivery service is interesting. In an earlier interview, Apple CEO Tim Cook mentioned that Apple’s eventual goal is to become a health-focused company. Perhaps, with a delivery service, Apple could also launch a medicine delivery service, much like Tata’s 1mg or even Amazon Pharmacy in India, as the first step towards its eventual goal.

It remains to be seen if Apple ends up getting into this crowded sector or if it becomes just another Apple rumor. What do you think about the idea of Apple launching a delivery service? Let us know your thoughts and opinions in the comments below, and stay tuned for further updates.