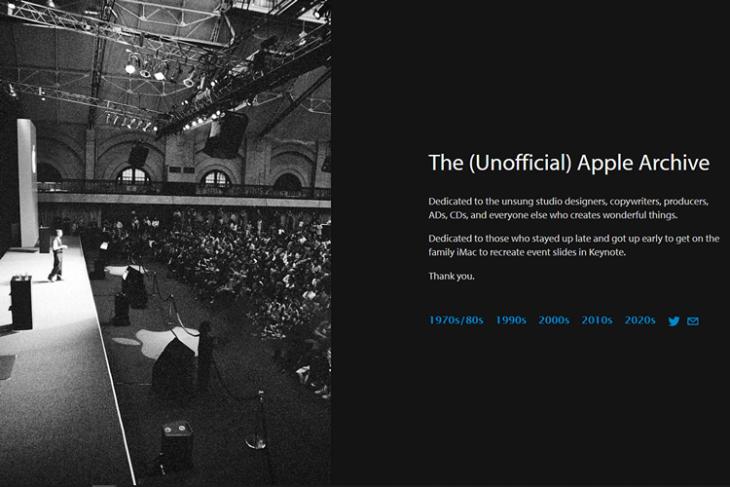 There is good news for all the Apple fans out there. There exists an unofficial Apple Archive consisting of Apple’s official images, videos, TV ads throughout the long 44 years journey of the company.

According to 9to5Mac, there are over 15,000 files in the collection that adds up to about 1TB of data. The project began when EveryAppleAds, an avid Apple fan Sam Gold’s YouTube channel got taken down in 2017.

“I only had a hundred or so videos when I started up a YouTube channel. I think it remained up for a whopping six days before my channel was abruptly removed without a trace. Had it remained up on YouTube, I think I would’ve neglected the archive a lot more than I have.”, Sam Gold told 9to5Mac.

After his YouTube channel got removed, Sam thought of setting up the archive in a public Google Drive folder. That attempt apparently failed due to traffic quotas. He then collaborated with The Internet Archive to host the files. Even that attempt went in vain as people were bulk downloading the entire collection. He finally settled with Vimeo to host the videos and it has not caused any issues so far.

Sam is constantly updating the archive with higher quality images and videos. If you’re interested to contribute towards covering the project’s server costs, you may do so by donating here.

You may also contribute to the project by sending him better quality footage and images if you have them. “I’m always looking for nice, higher resolution copies of anything. I’m even open to accepting physical media,” he added.

Take a look at Apple Archive and let us know your thoughts on it in the comments.