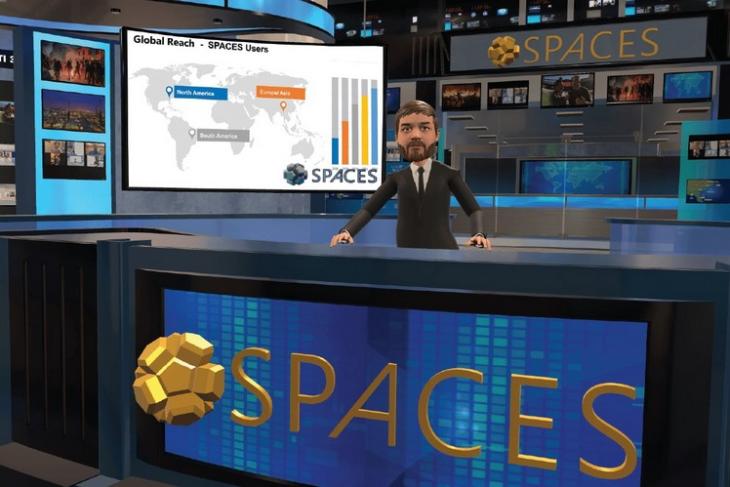 Although Apple’s upcoming AR Glass keeps getting delayed, this does not mean that the company is not working on the tech. In fact, the Cupertino-based tech giant has been focusing on augmented reality (AR) and virtual reality (VR) for quite some time now. As a result, we recently saw Apple acquire the VR company, NextVR to expand its VR team. Now, according to reports, the trillion-dollar company has acquired yet another VR startup called “Spaces”.

A former project of the Dreamworks Animation production house, “Spaces” is a small VR startup that initially started developing location-based VR experience. However, following the Coronavirus pandemic, the company’s business started collapsing like many other small organizations around the world.

So, the company shifted its resources to develop VR technology for video-conferencing apps like Skype, Zoom, and Meet. “Spaces” states that its technology acts as “a bridge between a VR world and Zoom, Skype, Hangouts, and more”.

However, according to reports, Apple started showing interest in acquiring the company and finally signed the deal recently. The purpose of this acquisition remains unknown and hence we can speculate that the company is expanding its VR research team which is working on the development of the much-awaited Apple Glass.

Although Apple did not officially release any statement about the acquisition, we can find a “Thank You” note on the official website of “Spaces”. This suggests that the company is bidding adieu to the consumers who have used the company’s VR-based products.