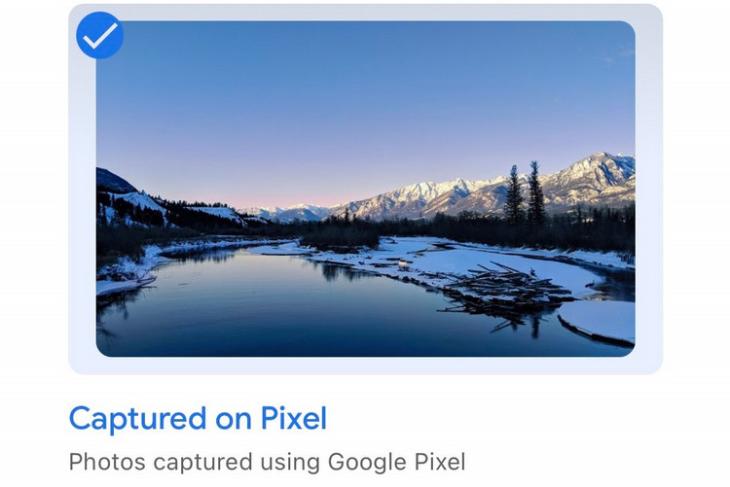 Android TVs and Google Assistant-powered smart displays are getting a new background collection comprising of photographs shot using Pixel devices. To use these ‘Captured on Pixel‘ images as the background, you’ll have to visit the Google Home settings for that particular device. On Android TV, you can find them within ‘Ambient Mode’, while it’s within the ‘Photo Frame’ menu on smart displays.

All the images in the new collection will include the names of the photographer in the bottom-right corner. The Google Home app will also have direct links to the photographers’ official profiles on social media apps like Instagram. All the images will be full resolution. The new background option is believed to have been first reported by HowToGeek managing editor, Justin Duino. Tipster Max J. has since confirmed its rollout on Google Chromecast.

I’m setting up a Google Nest Hub and there’s now a “Captured on Pixel” background option. Is this new? I’ve never seen it before. pic.twitter.com/wCxsuMccOe

As pointed out by 9to5Google, Captured on Pixel will be in addition to the existing background options on Android TVs. It will be the fifth category under the ‘Art Gallery’ option, which currently has four categories. They include: ‘Featured Photos’ from stock photo services like Getty Images, ‘Fine Art’ from Google Arts & Culture, ‘Earth and Space’ from NASA and Google Earth, as well as ‘Street Art’ from Google Arts & Culture.

Google has often been accused of not paying its television operating system enough attention. However, the company just released the first Android 11 Developer Preview for Android TV late last month with a ton of privacy, performance, accessibility and connectivity features. The rollout of the new backgrounds is also a step in the right direction.