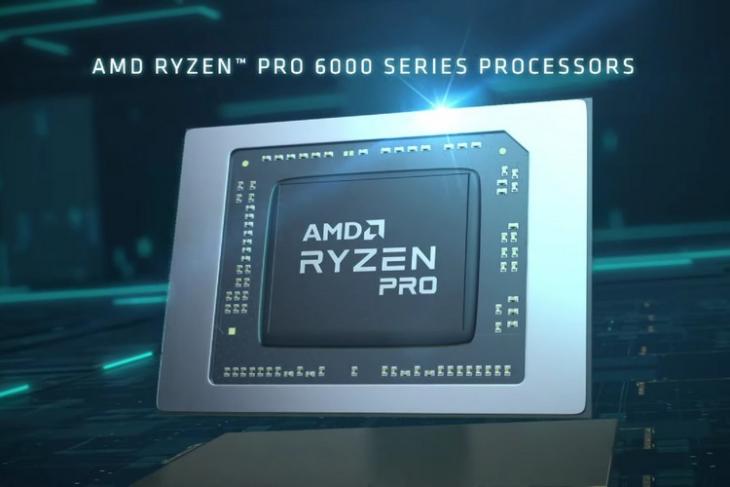 All the CPUs are based on the Zen 3+ architecture and have been developed on a 6nm node. They promise to deliver 30% improved performance as compared to their predecessors. Amongst the eight new Ryzen Pro 6000-series processors, three come with a 6-core/ 12-threads design, while the others come with an 8-core/ 16-threads design.

Furthermore, the Ryzen Pro 6000 CPUs are paired with AMD’s RDNA 2 built-in graphics to deliver better graphical performance than ever.

As for the battery life, AMD promises the best-in-class battery performance for the new Ryzen Pro CPUs. The company tested an HP EliteBook 865 G9 with a 76Whr battery running with 150 nits of brightness on the MobileMark 2018 benchmarking tool. It delivered 26 hours of battery life on a single charge.

Coming to the security aspects of the new Ryzen Pro 6000 CPUs, they are the first x86 processors to feature built-in Microsoft Pluton, which is a level 2 security platform that protects the laptops against digital attacks and provides higher integration between the hardware and software. Furthermore, the new Ryzen Pro 6000 chips support Windows Autopilot, which lets admins set up new Windows PCs more easily and quickly.