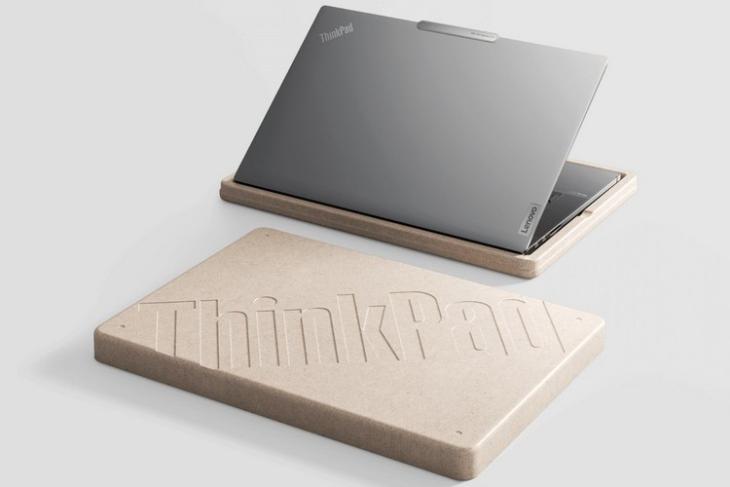 Lenovo has today unveiled two new laptops under its new ThinkPad Z series, expanding its ThinkPad portfolio. The new laptops dubbed the ThinkPad Z13 and ThinkPad Z16 cater to business users and come with a sleek and eco-friendly design, packing the latest AMD Ryzen 6000 series processors and advanced security features. Let’s take a closer look at the devices below.

The ThinkPad Z series is a brand new ThinkPad lineup with the Z13 and Z16 being the first models. Lenovo has partnered with AMD to develop the notebooks and celebrate the 30th anniversary of the ThinkPad series.

Starting with the design of the ThinkPad Z13 and Z16, both the laptops comes with a sleek form factor and two colorways – Bronze and Arctic Grey. The chassis of the devices are made of recycled aluminum or recycled black vegan leather.

Furthermore, the company says that the packaging materials include recycled bamboo and sugarcane, and the AC power adapter uses 90% Post-Consumer Content. So, Lenovo is really going all-environmental with its new ThinkPad Z laptops.

Another cool thing about the new ThinkPad Z laptops is the addition of a Microsoft Pluton Security processor for improved security. The Pluton processor, developed by Microsoft in partnership with AMD, Intel, and Qualcomm, was unveiled last year to replace the Trusted Platform Module (TPM) hardware component in PCs with a much more sophisticated security solution that integrates TPM-level security into the CPU itself. This will enable business users to add an extra layer of protection to prevent cyber attackers to access their sensitive files and documents.

Ports and Other Features

Moreover, both the ThinkPad Z13 and Z16 sport an edge-to-edge keyboard along with the signature, red-colored TrackPoint center button. There is a 120mm Haptic ForcePad on both models that relies on haptic feedback rather than mechanical clicks. Also, both the Z13 and Z16 come with Dolby Atmos-supported speakers and a 720p front infrared camera with an eShutter for security.