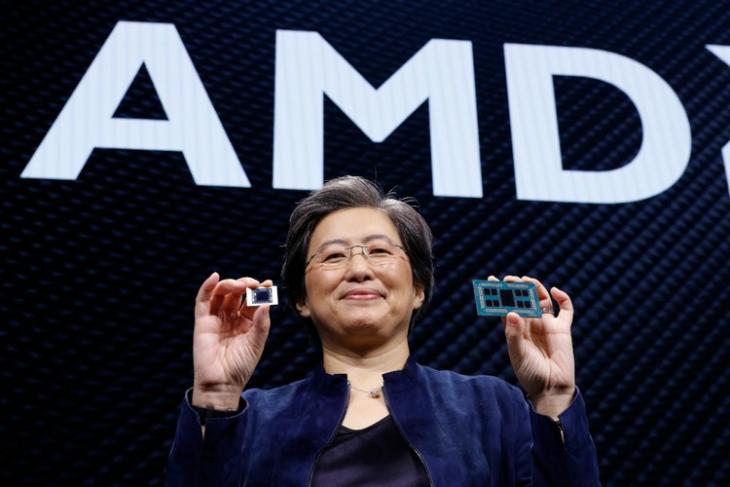 Starting with the Ryzen 6000-series laptop processors, they are now based on the company’s upgraded “Zen 3+” core architecture and TSMC’s 6nm process to deliver better performance and reduced power consumption. The company says that the new Ryzen 6000 CPUs will offer a 40% reduction in power consumption and around 28% improvement in performance compared to its previous components.

Furthermore, the new Ryzen 6000 series processors will also support other latest technologies like support for USB4, Wi-Fi 6, PCIe Gen-4, HDMI 2.1, Bluetooth 5.2, DDR5/LPDDR5 RAM, and more. You can check out all the new Ryzen CPUs along with other details listed in the image attached below.

Moreover, AMD also teased its upcoming Ryzen 7000 series CPUs for desktops, based on its Zen 4 architecture, that features a unique IHS design with exposed SMD capacitors. They will come with support for features such as DDR5 and PCIe 5.0 and will launch sometime in the second half of 2022.

Other than unveiling the Ryzen 6000 series processors, AMD also announced a range of new Radeon GPUs for next-gen premium gaming laptops, thin and light gaming laptops, and desktop PCs. The company says that the new GPUs “deliver incredible, next-level experiences to more gamers than ever.”

For desktop PCs, AMD introduced a couple of new GPUs like the Radeon RX 6500 XT and the Radeon RX 6400 GPU that are designed to deliver 1080p gaming for next-gen AAA titles.

Furthermore, all the above Radeon GPUs are based on the new RDNA 2 architecture and come with high-bandwidth, low-latency AMD Infinity Cache technology, support for DirectX 12 Ultimate, AMD FidelityFX Super Resolution (FSR) technology, and various other advanced features to support high-refresh-rate gaming and immersive visuals.

Other than the above products, AMD announced several new products during its CES 2022 presentation. You can check it out from here to know all about AMD’s new offerings for this year. The company expects its new products to arrive in the market with laptops and desktops from leading manufacturers in February 2022. By the end of the year, AMD expects over 200 machines to sport its latest components.