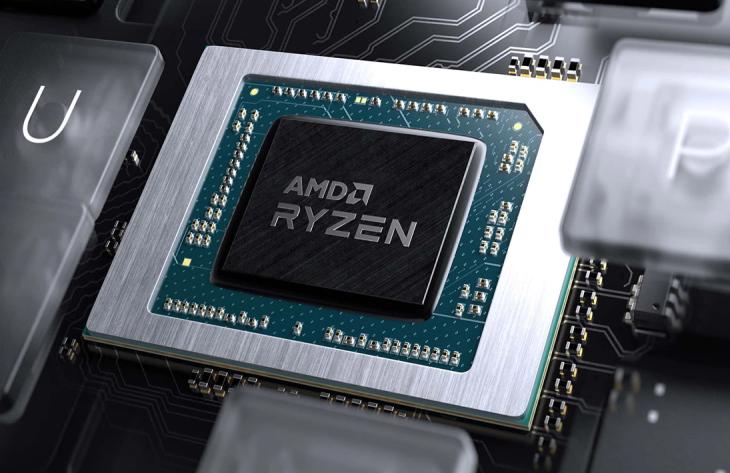 Telling mobile processors apart, be it Intel or AMD, simply by looking at a series of numbers is a difficult task. Can one really differentiate between Core i5-1240P and i5-12450H? or between Ryzen 5900X and 5900HX? The process becomes even more challenging as we head down the lineup. As in the case of AMD, where multiple processor generations exist in the same lineup – Ryzen 5700U is a Zen 2 processor, while 5800U is a Zen 3 one. In a bid to make this easier, AMD has announced a new naming scheme for its Ryzen mobile processors, but as we will explore in the article, it’s so complicated that you will need a “decoder ring” to solve it. That said, let’s jump in and understand how AMD’s new Ryzen CPU naming scheme works.

In this article, we will try to figure out why AMD has embarked on this journey to change their processor naming scheme, as their older scheme, while complicated in a certain sense, was relatively easy to understand and comparable to their bête noire – Intel. Moreover, we would also take this opportunity to explore how the new Ryzen mobile processor naming scheme works and analyze how it fails to understand the fundamental issue users have with processor classifications.

Before we look at the new naming system, let’s have a glance at the current system of classification of AMD’s mobile processors. The first thing we realize when we look at AMD’s current mobile CPU lineup is that the new naming scheme succeeds an already confusing convention.

The older Ryzen mobile processors are all over the place. Some generations like the Ryzen 4000 (Zen 2) and Ryzen 6000 (Zen 3+) series use a staggered naming scheme, where some mobile processors have a higher series number for their product name compared to the same generation desktop SKUs. While others like the Ryzen 3000 (Zen+) and Ryzen 5000 (Zen 3) CPUs share the same numbers as the desktop chip but have a totally different manufacturing process.

Anyway, process node complications aside, let’s deconstruct the current way of naming Ryzen mobile processors. For this, we will use the current-gen Ryzen 6000 flagship processor – Ryzen 9 6980HX – as an example. The “Ryzen 9” part denotes the level of the processor in AMD’s hierarchy, which is kind of similar to Intel’s (i3, i5, and i7). The “9” puts the chip at the top of the lineup, which is divided into four different levels – Ryzen 3, Ryzen 5, Ryzen 7, and Ryzen 9.

As for the next element, the “6” indicates the generation, which in this case is the sixth generation. The following “9” situates the chip in a relative sense versus other sixth-generation Ryzen 9 CPUs. So, a 6980HX will be more performant than a 6780HX. The last two digits are simply differentiators, which almost always are “00” or a step-up multiple of 5 or 10 if the preceding number isn’t enough characterization. AMD uses this method to differentiate its PRO lineup from its mainstream chips. An example being the Ryzen 7 PRO 5875U, where the “5” usually indicates an ultra-low-power mobile-class processor.

Now, what about the letters at the end of the numbers in the chip name? These letters tell you what power class the mobile chips belong to. For AMD Ryzen chips, U stands for ultra portable (15-28W), H is for high-power mobile (35-45W), and the HX denotes high-performance overclockable mobile chips (55W) with the highest power requirements.

As you can see here, a confusing complication has come up with these chips — many different Zen architectures have come up in the same Ryzen generation. And that means you end up with two classes of similar-sounding chips with very different innards and efficiencies. This makes it particularly difficult for buyers to distinguish between the chips unless they are well versed in computer hardware.

It is in this context of confusing designation and classification that AMD realized that their current naming scheme was insufficient. This sentiment was expressed by Robert Hallock, AMD’s director of technical marketing, in a recent blog post. Taking cognizance of the issue, Hallock said, “Our current naming system for Ryzen Mobile Processors was at an end. It simply could not accommodate the influx of new SOCs in new categories we’re developing.“

He further explained that the company’s new naming scheme comes at the point in time where the current scheme has multiple processor families existing in one generation with differential capabilities. And well, AMD intends to fix this with their new naming system. Hallock argued that the new system is going to be technical yet straightforward in a way, where enthusiasts should be able to decode the numbers to see what’s inside, while at the same time being easy enough for the average user to figure out that “a higher number simply connotes higher CPU performance”.

Well, the question that everyone is going to ask is – why now? We would argue that while the problems of older naming schemes could be one of the key factors influencing this decision, the larger factor is the future possibilities that AMD wants to unlock with this new naming scheme. AMD’s announcement came in the background of their claim that the volume of notebook shipments with Ryzen chips has grown 49% in just 2 years. As the mobile market becomes more important for them, it’s only logical for them to adopt a system that helps them achieve further growth.

When Does AMD Start Using the New Name Scheme?

AMD has said that the new naming scheme will be used starting from 2023 and would apply to all of their 7000 series mobile CPUs, which will span across five different market segments using five different SOCs. The first chip will be the Phoenix and Dragon Range Ryzen 7000 CPUs.

Furthermore, AMD has claimed that the new numbering system will be a long-term project and form a foundation for their mobile processors for years to come. They claim to have already “smoke-tested” it against a 5-year timeline, so we can expect this naming scheme to be in play till at least 2027.

It was only natural that AMD plans to use the new scheme to demarcate its new Zen 4-based Ryzen 7000 series processors from 2023. The company announced new motherboard chipsets for 7000-series processors. These new generation of CPUs have so many different variants that the current scheme would just not be able to handle all these different models and make. The blog post was then a sort of primer, a way to tell us that the new processor generation is going to “be” something new under the sun.

Now that we have looked at the current-gen naming scheme and the need for a change, let’s look at what’s new with the new Ryzen mobile processor naming scheme. AMD explained that each digit within the model numbers signifies particular aspects of the chip, and when you read them together, it could tell you all the relevant information you need to know about the processor. Is that really true and how specific is this information? Let’s make sense of the new Ryzen mobile processor naming scheme below.

First up, as shown in the image below, the new naming scheme is quite similar to the current scheme. The processor name continues to include four digits and a letter suffix, where the numbers indicate the processor generation and the suffixes indicate architecture and power. AMD says that the new names will make it easier for enthusiasts to understand how powerful is a given Ryzen mobile chip.

Moreover, AMD also revealed two new additions to the power class, i.e C and E. The “C” suffix, according to the blog post, will be used for power-efficient CPUs, designed especially for Chromebooks as opposed to Windows. And the “E” suffix will be used for the forthcoming 9-watt low-power CPUs, which will most likely be used in ultra-portable laptops.

What About the Naming of AMD’s Desktop Processors?

Now, many of you must be wondering – does the new naming scheme apply only to AMD Ryzen mobile processors? If so, why? So far, AMD is rolling out this new naming scheme only for its mobile chips, starting from 2023, and has no plans to update its desktop lineup nomenclature.

This, however, doesn’t mean that the following system cannot be implemented in the future. But we believe that the chances of this being adopted in the desktop space are unlikely. Why? Well, that’s because desktop chips are much simpler than mobile processors as they don’t have power limits or size constraints.

So while mobile processors need to have different configurations for different types of laptop configs, ranging from ultrabooks to gaming laptops, desktop chips only need to be made for a single type of setup. This means most desktop processors come in a single power variant and use common design principles throughout the lineup, escaping any need for niche classification that is important in the mobile space.

The name of mobile processors have never been easy to understand. Historically, both Intel and AMD have struggled to keep their mobile chip lineups straight, as many a time, they have turned out to be confusing, and in some aspects, overwhelming. One only has to go back a few years, when Intel launched the M-series CPUs. What category did the Intel M lineup of processors lie in? How did they differ from the U lineup? Intel never gave us the answers, and now are most probably lost in the sands of time.

So the fact that AMD has tried to make this labyrinth of mobile processors more legible is commendable. But have they really succeeded at this task? We don’t think so. Instead, we believe that a lot of consumers will make mistakes when purchasing these CPUs, as they aren’t as easy to make sense of as AMD would claim. The fact that important information like the process node (hidden in the numbers) is hard even for experienced PC enthusiasts to make out, we can only imagine how it would be for an average user. So what do you think of AMD’s new naming scheme for mobile Ryzen CPUs, do let us know in the comments below.