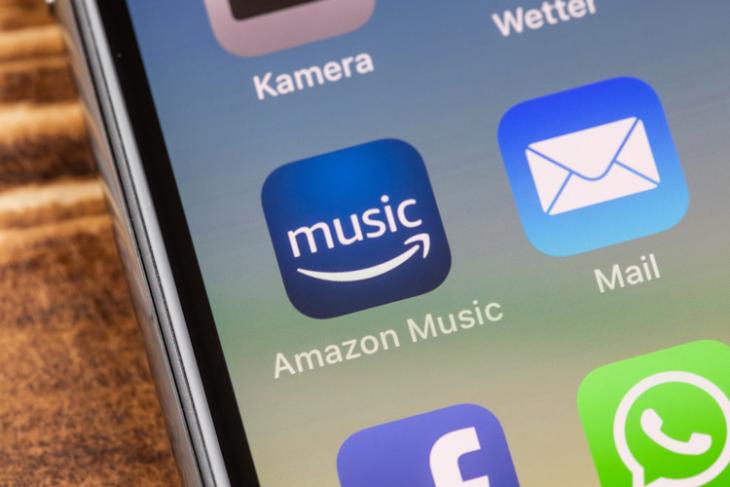 Amazon is adding podcasts to its music streaming service, Amazon Music. In a press release on Wednesday, the company said that it expects its move to bring in new podcast listeners, particularly through its Alexa-enabled Echo speakers. As part of the plan, the US tech giant is making millions of episodes from a range of podcasts available without any additional costs to customers is the US, the UK, Japan and Germany. There’s no word on when the company wants to expand the service globally.

Amazon Music has already started offering around 70,000 podcasts on its platform, but is also tying up with a number of noted celebrities, including Will Smith, DJ Khaled, Becky G, Dan Patrick and others, for exclusive shows. Some of ‘non-exclusive’ podcasts, meanwhile, will include the likes of ‘Serial’, ‘Dr. Death’, ‘WTF with Marc Maron’, ‘Crime Junkie’, ‘What a Day’, ‘Why Won’t You Date Me? With Nicole Byer’, Ear Hustle’, ‘Stuff You Should Know’, and more.

Amazon Music will also exclusively bring a new podcast called ‘Disgraceland’, which will explore the criminal connections of music industry stalwarts like The Rolling Stores and Tupac Shakur. In case you didn’t catch on already, the name of the podcast is a clever play on Elvis Presley’s famous multi-acre mansion in Memphis, ‘Graceland’, which was often in the news during the singer’s lifetime for all the wrong reasons. The show, which will be hosted by Jake Brennan, will debut on Amazon Music in February 2021.

Amazon has also released some details about the podcasts by DJ Khaled and Will Smith. Called ‘The First One’, the former is developed by Amazon Music and LeBron James’ Springhill Company and, will see the celebrity DJ interviewing various artistes. As for the one by Will Smith, it will be produced by Westbrook Audio, owned by Smith and his wife, Jada Pinkett, and will be released both on Amazon Music and Audible.

The new podcasts will be available on Amazon Music’s mobile apps and on the web. They can also be streamed across Alexa-enabled devices, including Echo Auto.