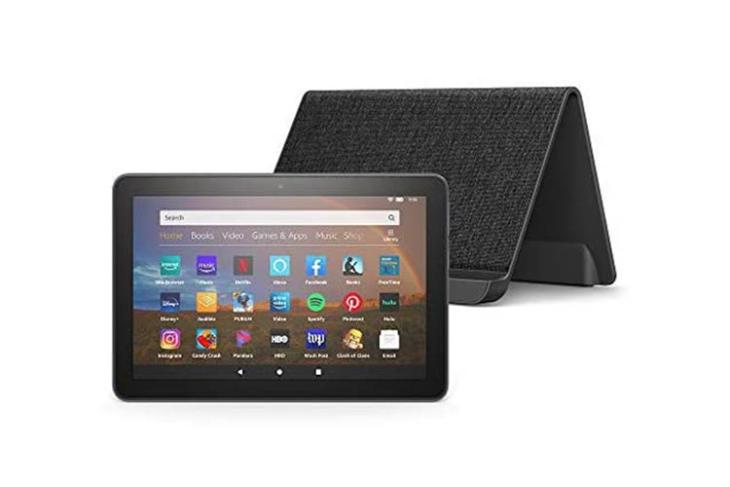 Amazon has today launched new tablets under its Fire Tablet lineup. The company has usually unveiled two tablets every time it does so with one normal tablet and another kids-focused option. However, this year, Amazon is putting out three new Fire tablets for consumers.

The Fire HD 8 tablet, as the name suggests, is an 8-inch tablet running Amazon’s custom Android-based Fire OS operating system. The company is claiming that the new processor inside the Fire HD 8 is 30% faster than the processor in the previous generation Fire tablet. The 2.0GHz quad-core processor here is paired with 2GB RAM.

These aren’t exactly high-end specs, but that’s never been the Fire tablets’ area of interest anyway. These tablets should prove great for streaming and casual web browsing. The Fire HD 8 comes with USB-C (finally), and is available in 32GB and 64GB storage options along with support for microSD cards for expansion.

The Fire HD 8 tablet is priced starting at $90 and will be available from June 3.

There’s also the Fire HD 8+, and while the plus might trick you into thinking it has a bigger display, it doesn’t. The tablet comes with the same 8-inch panel as the Fire HD 8, but it adds stuff in other places. There’s 3GB of RAM here, instead of 2GB, and the Fire HD 8+ also supports wireless charging.

The tablet is priced at $110, and there’s a bundle with a wireless charging dock that’s priced at $140 if you want it.

The Fire HD 8 Kids is pretty much the same as the last generation kids-oriented Fire HD tablet. It brings over 20,000 apps, games, books, and more curated specifically for kids, and educational content from PBS kids, Nickelodeon and more. There are parental controls, obviously, and a 2 year worry free guarantee.