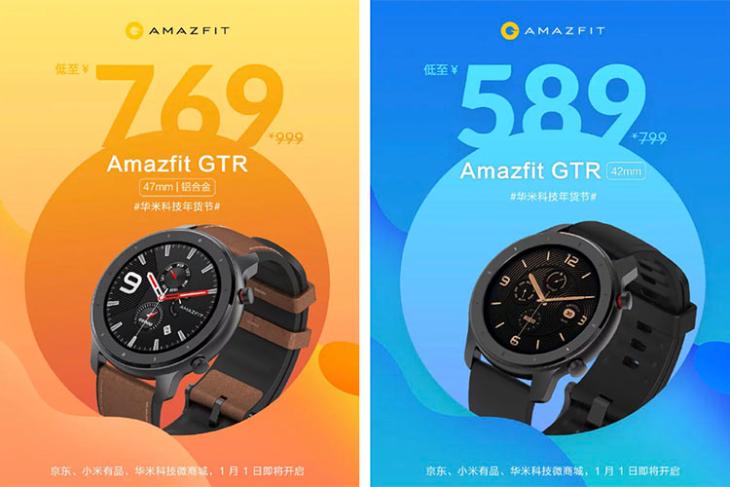 Xiaomi today announced the Xiaomi Watch Color in China — a smartwatch with a circular dial and removable colorful straps that looks quite a bit like the Amazfit GTR smartwatch launched by Xiaomi backed tech-company, Huami.

As is usual with Xiaomi products, the upcoming Xiaomi Watch Color is already making a lot of news, even though the company is yet to announce the pricing, specifications, or features that the smartwatch will bring when it goes on sale on January 3, 2020.

As far as we can tell, the price cut is only applicable in China, with the Amazfit GTR selling at its original price at online stores in India. You can buy the smartwatch from Amazon for a price of ₹9,999 for the 42mm variant, and ₹10,999 for the 47mm variant.