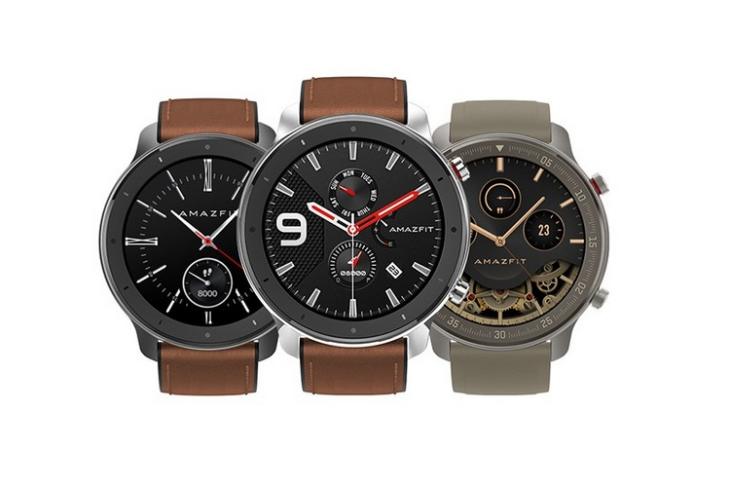 Xiaomi’s wearables partner, Huami, on Thursday launched the Amazfit GTR smartwatch in India. The device was originally unveiled in China back in June and was expected to launch in India sooner rather than later. It is offered in 42mm and 47mm dial options in China, but only the latter has been launched in India. It comes in Stainless Steel and Aluminium casing with brown leather strap, but it’s not immediately clear if there will be more customization options going forward.

The Amazfit GTR features a 1.39-inch AMOLED screen with Corning Gorilla Glass 3 protection and is compatible with devices running Android 5.0 or above and iOS 10 or higher. It comes with a 410mAh battery that Huami claims will last up to a whopping 74 days on a single charge in basic watch mode and up to 24 days with normal use.

The GTR also comes with 5ATM certification, which means it is waterproof up to a depth of 50 meters, making it the perfect swimming companion. Talking about swimming, it is one of twelve sports modes the device is capable of tracking, including walking, running, climbing, skiing and more. It also has BioTracker PPG bio-optical sensors for 24-hour heart rate monitoring. There’s also sedentary reminder, all-day health monitoring, sleep analysis and other advanced health features.

Connectivity options include Bluetooth 5.0 LE and GPS+GLONASS. While the Chinese model also gets an NFC chip, there’s no mention of that in the Indian model. Sensors include a 6-Axis Accelerometer, a 3 Axial Geomagnetic sensor, an air pressure sensor, a Capacitive sensor and an Ambient Light sensor.

The Amazfit GTR is priced at Rs. 10,999, which is significantly higher than its 799 yuan (around Rs, 8,000) price-tag in China. It will be available from Flipkart and Myntra starting Friday, September 12. Alongside the standard models, Xiaomi also announced a Swarovski Edition with crystal encrusted bezels and an Iron Man Edition with a themed dial, matte black ceramic bezel, gold-colored case and a red silicone strap in China, but neither of those have made their way to India.