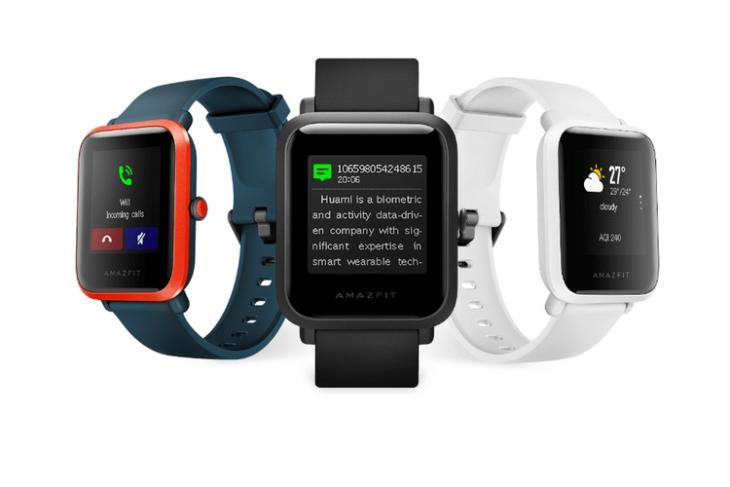 Huami, known for its Amazfit lineup of wearables, has announced it will launch the Amazfit Bip S on the 3rd of June. The smartwatch was shown off at CES 2020 earlier this year.

The Amazfit Bip S comes with a 1.28-inch Transflective Color TFT Always-On display with 176 x 176-pixel resolution. It features a 2.5D Corning Gorilla Glass 3 with anti-fingerprint coating. The smartwatch is made of polycarbonate material while you get silicon straps.

Huami has equipped the Amazfit Bip S with a variety of sensors such as PPG Bio-Tracking Optical Sensor, 3-axis acceleration sensor, and 3-axis geomagnetic sensor. In terms of connectivity, the smartwatch features Bluetooth 5.0 and supports GPS & GLONASS.

The company promises an impressive 40 days of battery life with the Amazfit Bip S, thanks to the 200mAh lithium-ion polymer battery onboard. You could expect up to 90 days of standby and 15 days on a typical use-case. With continuous GPS usage, however, the smartwatch drains in 22 hours. According to Huami, the smartwatch completely charges in about 2.5 hours.

The Amazfit Bip S runs on Amazfit OS. There are almost 40 watch faces that you can download from the watch face store to personalize as you would like. Also, you get up to 10 sports modes with this one. In addition, the smartwatch supports notifications, reminders, and weather forecasts. You can also set alarms and control music with the Amazfit Bip S.

The smartwatch will be available in four color variants namely Carbon Black, White Rock, Red Orange, and Warm Pink. As of now, the pricing of the smartwatch remains unknown. However, we could expect it to launch somewhere around Rs.5,000.

The Amazfit Bip S is yet to launch in India, but it’s page on Amazon India has now revealed the price for the upcoming smartwatch.

According to Amazon, the Amazfit Bip S price will be set at Rs. 4,999. You can check out the Amazon landing page here.