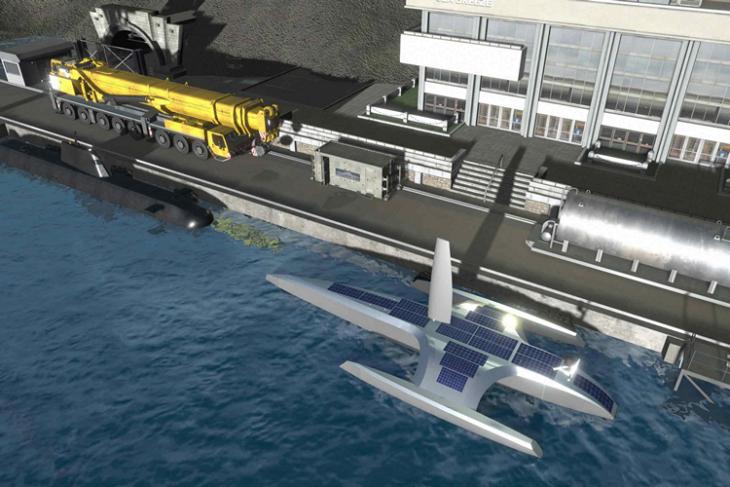 We have been following the development of the AI-powered “Mayflower” ship for quite some time now. We first saw reports about the ship back in 2019 as we came to know that it is being made as a token to celebrate the 400th anniversary of the original “Mayflower” that transported around 130 pilgrims from the port of Plymouth to Massachusetts. Earlier this year, we heard that the ship will set sail from that same port of Plymouth to go on an excavation on the sea all by itself. And now, the Mayflower Autonomous Ship (MAS) recently sailed away, 400 years after its ancestor’s legendary voyage.

The MAS is controlled by an “AI captain” and can sail through the waters autonomously, without a crew or anyone on board. It is designed to explore and collect various environmental data from the sea for researchers to better understand major environmental issues like global warming and ocean pollution.

According to reports, the MAS is to spend the next six months in the middle of the sea collecting the data. This is a part of a trial run for the autonomous ship before finally setting out to recreate the mythical voyage of its ancestor from 1620 in the coming 2021 Spring.

As I mentioned in my earlier piece about the MAS, the autonomous ship entirely runs on the powerful “Edge Computing” system of IBM. The onboard AI-system uses the advantages of the edge computing system to store and use data in and from the local storage on the ship for faster real-time data processing.

Apart from this, the ship also packs IBM’s Power AC922 system, which is used in many supercomputers around the world. There is also the “Powervision” technology which enables the ship to detect and identify other ships and floating buoys in the sea.

You can check out the official page of the “Mayflower Autonomous Ship” to get all the nitty-gritty details about it. You will also be able to track the MAS, get the research data through this website next year.