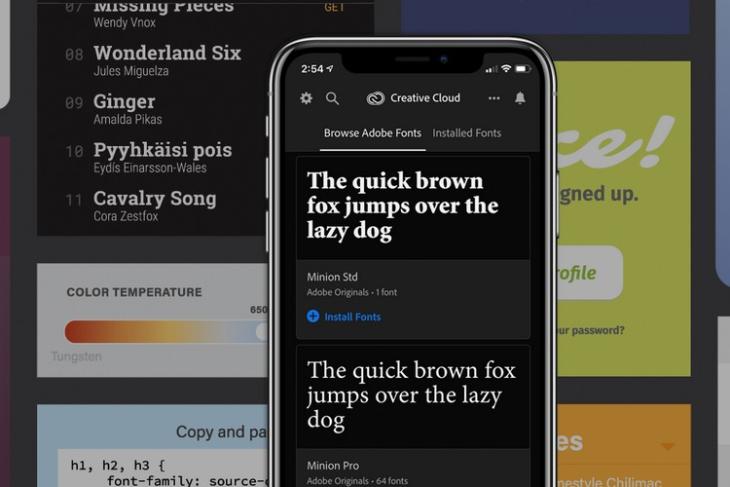 Adobe has updated its Creative Cloud app with a number of new features for iPhones and iPads, including a native Dark Mode that everyone was clamoring for. However, the one feature that seems to be getting much more press is the support for a bunch of new custom fonts that Apple had announced earlier this year, but hasn’t yet seen a noteworthy response from third-party developers.

According to an official blog post from Adobe, “all fonts included with Creative Cloud can be used on mobile on iOS13.1 or later apps supporting custom font APIs”. The update will make it easy for users to search for their favorite font families or discover new ones with just a few swipes, said the company.

Creative Cloud subscribers will have “the same access as you do on your desktop to over 17,000 fonts from type foundries around the world”, while those without a subscription but with an Adobe ID will have “access to 1,300 fonts included within the app for use on iOS13.1 or later-compatible devices”, said the company.

As mentioned already, alongside the custom fonts, the update also brings the much-awaited Dark Mode, which will turn on and off automatically according to system settings. Apple Pencil users on iPad Pro will also see significant improvements on hand-drawn annotations, said Adobe.