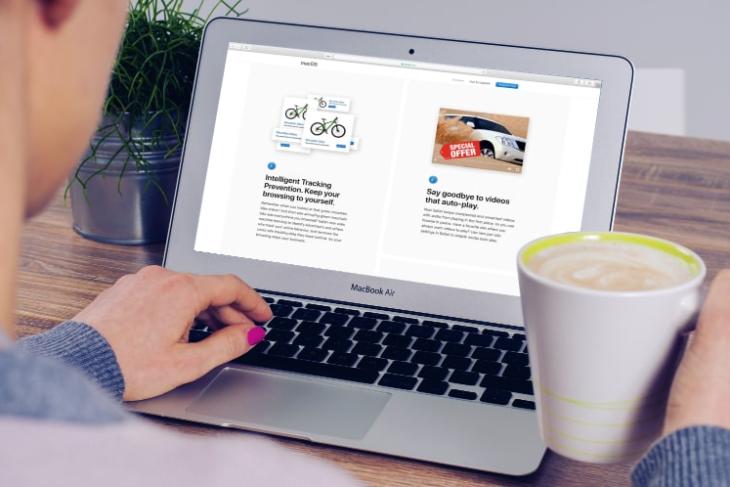 In June last year, Apple introduced a new ad-blocking feature in Safari which stops ad-trackers from tracking you across websites. The feature was introduced as an update to Safari with the macOS High Sierra update and was possibly one of the biggest updates Safari had seen in a while. The feature which is known as Internet Tracking Prevention or ITP uses machine learning to identify ad-trackers which track a user’s browsing across sites to deliver targeted ads and removes the cross-site data that they leave behind.

ITP is game-changing for consumers as now they don’t have to worry about seeing ads for products that they searched or bought on every website that they visit. However, the new ITP feature is costing ad-companies millions of dollars in revenue. According to a report published in the Guardian, major advertising companies are reporting an expected fall of up to 22% in their revenue for the year 2018.

“Advertising technology firm Criteo, one of the largest in the industry, says that the Intelligent Tracking Prevention (ITP) feature for Safari, which holds 15% of the global browser market, is likely to cut its 2018 revenue by more than a fifth compared to projections made before ITP was announced.”

Criteo’s annual revenue for 2016 stood at $730 million. The new ITP feature in Safari is going to cost it in upwards of $140 million. Remember that this is just one company we are talking about, the total impact of Safari’s ITP feature could actually be more than a  billion dollars when accounting for the industry.

Needless to say, the whole advertising industry is peeved at the what they see as an unfriendly move on Apple’s part, and a consortium of six trade bodies even sent an open letter to Apple which asked Apple,

“to rethink its plan … [that risks] disrupting the valuable digital advertising ecosystem that funds much of today’s digital content and services.”

In response, Apple replied that,

“Ad tracking technology has become so pervasive that it is possible for ad tracking companies to recreate the majority of a person’s web browsing history. This information is collected without permission and is used for ad re-targeting, which is how ads follow people around the internet.”

Although I can understand the anger ITP has generated amongst the digital advertisement industry, I completely agree with Apple here. Digital advertisements have crossed all privacy borders with reports of Facebook spying on its users, apps listening to your TV, and more. It’s time companies like Apple made a stand to protect users privacy from intrusive advertising.