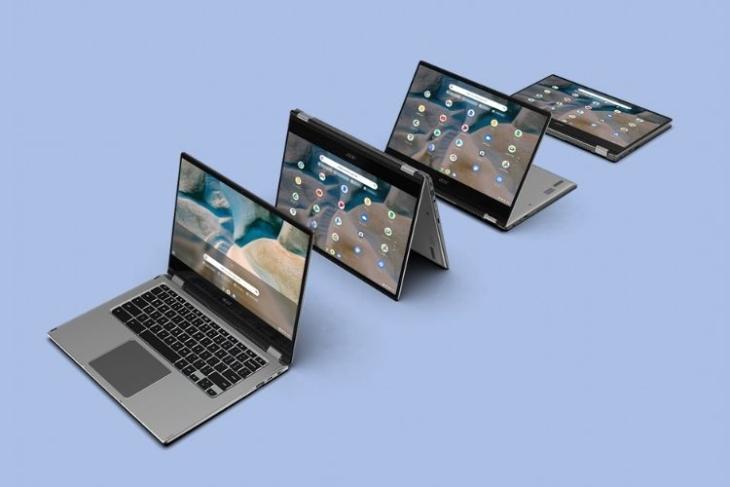 With CES 2021 right around the corner, a lot of technology giants are taking the wraps off their smart TVs, laptops, and PC lineups for this year. Samsung unveiled the Galaxy Chromebook 2 earlier today and now, Acer has launched the Chromebook Spin 514. It is Acer’s first-ever AMD Ryzen-powered Chromebook and has been priced quite attractively.

The Acer Chromebook Spin 514 has an anodized, sandblasted aluminum body with a diamond-cut pattern on the top panel and touchpad. It is MIL-STD 810H complaint and boasts military-grade durability. It can withstand up to 60 kg of downward force and survive drops up to 4 feet. It is not the thinnest Chromebook at 17.35mm and it weighs 1.55kgs, which is okay.

You will find a 14-inch Full-HD IPS touchscreen with Gorilla Glass protection on top. The panel has thin side bezels, a 720p webcam-laden top bezel, and a massive chin to host the Acer branding. 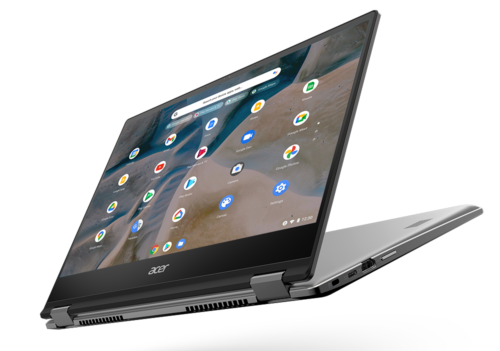 Under the hood, this Chromebook is powered by AMD’s Ryzen 3000 C-series mobile processors. You can pick between the AMD Ryzen 7 3700C or Ryzen 5 3500C quad-core processors, which are coupled with built-in AMD Radeon Vega graphics. This is coupled with up to 16GB of RAM and 256GB of storage. Acer promises a battery life of 10 hours, which is pretty good.

There’s also an enterprise edition of the Chromebook Spin 514. It not only runs the Enterprise version of Chrome OS, which makes it easier for IT Admins to set up and manage the devices. But, you also get upgraded internals – up to 16 GB DDR4 RAM and up to 256 GB of fast PCIe NVMe SSD storage onboard.

Acer Chromebook Spin 514 is priced at $479.99 and will be available to buy in the US starting February 2021. The Enterprise Edition will set you back $749.99 and goes on sale in March later this year.