Smartphone market seems to be the most dynamic and technologically unpredictable consumer market since last three or four years. Everyday and month new technology whether it is hardware or software amuses us. Even the three-month old handset model seems obsolete or outdated technology. 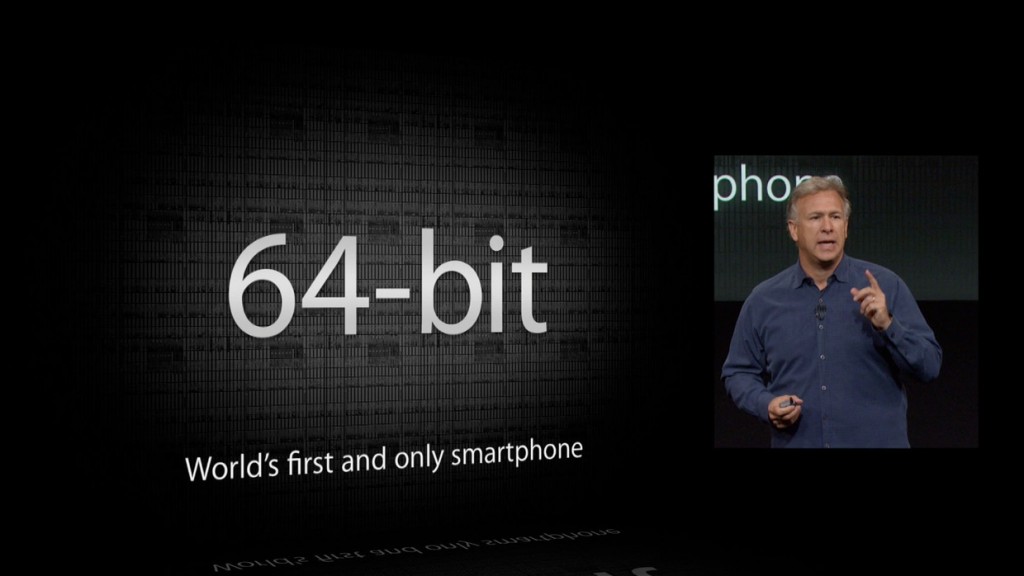 Apple has always showcased the world something new with each generation of its iPhone, and this time it introduced Touch ID and 64 bit  processor. Although fingerprint sensor (also called Touch ID by Apple) was not a surprise element since rumors already confirmed it, but nobody had any clue about 64 bit processor.

Apple’s ARM A7 chip is the first chip to support 64 bit architecture on smartphones. There are many advantages of 64bit processor on mobiles and we will see 64 bit processor powered handsets by many manufacturers in near future.

RAM is an important factor that decides how fast and efficiently data is handled on any system. 32 bit processors were good at handling RAM up to 4 GB. We have not yet crossed that barrier in smartphones but soon in near future we could see smartphones supporting  8GB RAM. That’s where 64 Bit processor comes into picture and handle more memory with ease. Results can clearly be seen in graphics intensive apps.

64 bit system gives chip makers an opportunity to pack some unique and specific features like encryption support for sensors like fingerprint scanner, decoding of audio or video, 2 virtual processor kind of functionality, anti-theft system making the handset secure and safe against hackers and online threats .

Technologies Of The Upcoming Future