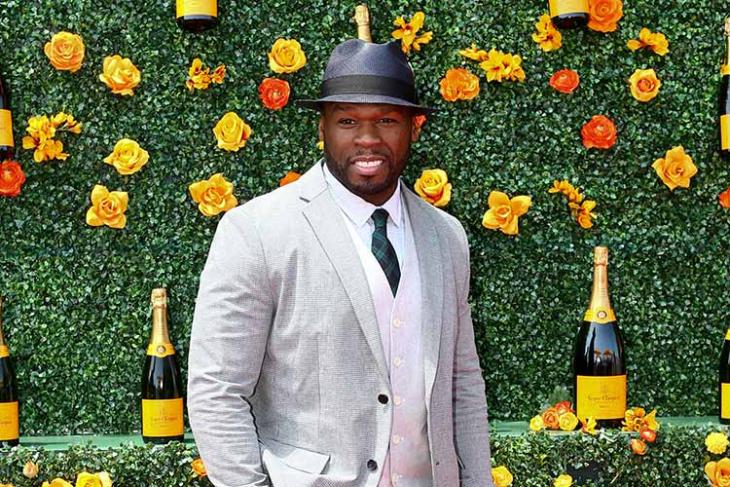 Curtis James Jackson III, better known by his stage name 50 Cent, made (and lost) a fortune from his career as a rapper, but who would’ve known that he’s also a visionary when it comes to cryptocurrency. Jackson was among the first musicians to accept bitcoin back in 2014 when he released Animal Ambition. At the time, one bitcoin was valued at $657 and according to reports Jackson was able to amass 700 bitcoin in sales.

While Jackson was the butt of quite a few jokes when he started accepting bitcoin, turns out he’s the one having the last laugh. Back then, the 700 bitcoin were valued at around $460,000 dollars, but Jackson somehow forgot that he had a stash of bitcoin lying around. Today, the same amount of bitcoin is worth over $7 million. 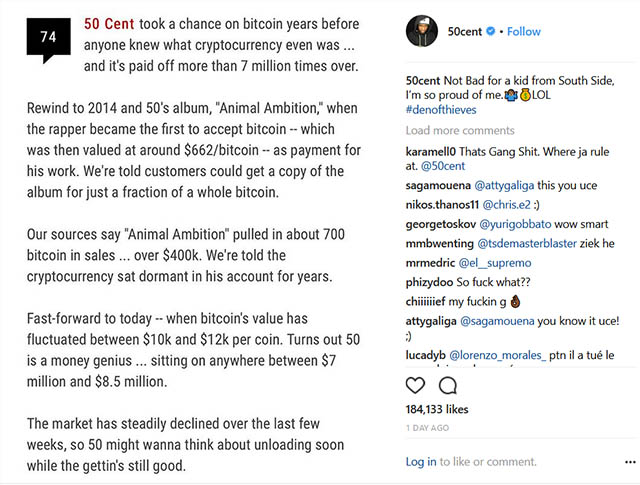 Jackson appears to have confirmed the news in an Instagram caption which reads: “Not Bad for a kid from South Side, I’m so proud of me”, followed by a comment saying, “I’m a keep it real I forgot I did that shit. Lol.” In a following post on Instagram which shows bitcoin imagery, Jackson wrote, “all money is good money over here.”

The price of bitcoin has been fluctuating quite a bit of late and the cryptocurrency recently fell 47 percent from last months peak. So if Jackson wants to rake in the profit, now would be a good time to liquefy his bitcoin assets.