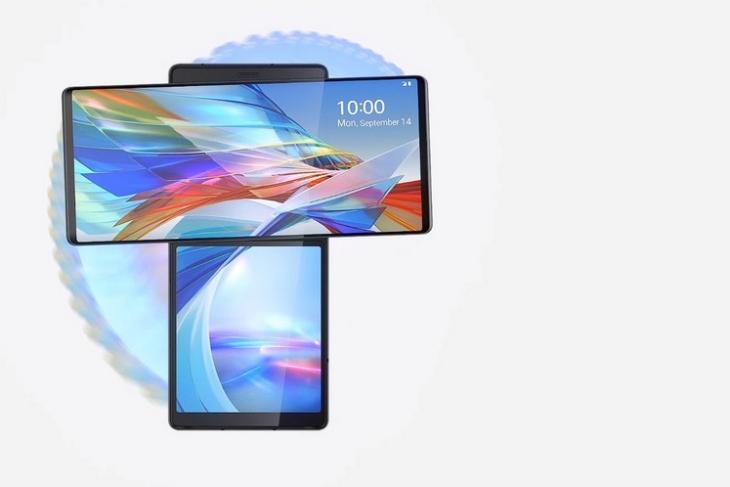 After many leaks and reports, LG recently launched the most unusual dual-screen smartphone, the “LG Wing”, in the market. Now, although the device brings an entirely new and unique dual-display design, it comes with a lot of durability questions. However, LG says that the device has the necessary mechanism to keep the exclusive swiveling design intact over time.

According to a report by Phonearena, LG recently released a dedicated video on YouTube (which for some reason is unavailable now) to show how the Wing’s advanced mechanism will make the device much more durable than what critics think.

As per the report, LG highlighted three primary parts of the swiveling design that are critical for the device’s durability. These parts include a dual-spring, a double-tracked guide, and a hydraulic piston dampener.

LG says that it has run continuous and heavy tests on the device in their labs to test out its durability. The testers even opened and closed the swiveling display 200,000 times with the help of their automatic robots, similar to what Samsung did at the time of the launch of the first Galaxy Fold.

Apart from these three parts, the South Korean giant also showed an automatic retracting system for the device’s pop-up selfie camera. This feature will immediately put the camera back inside if you happen to drop the device while taking a selfie.

Now, all these sound pretty convincing and might even convince many potential buyers to spend some big bucks on the device. However, testing the devices in a controlled environment, such as testing labs, is one thing, and the device in the real world is another. After several durability tests, even the first Galaxy Fold failed, especially in terms of physical durability.

So, until the device comes out in the market and in the hands of the end-users, the questions about its durability will remain. We just have to see if LG can overcome them with the launch of the “LG Wing” later this year.