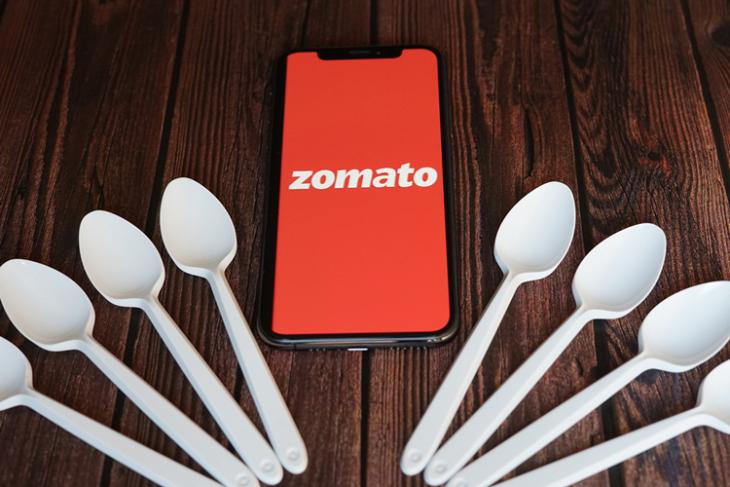 Gurugram-based food delivery platform Zomato and e-grocer Grofers on Tuesday refuted reports that they are in acquisition or merger talks after reports surfaced that Zomato may acquire Grofers for nearly $750 million.

Flush with funds, Zomato currently partnered Grofers for the delivery of essential items – along with other FMCG and grocery stores — to meet the surge in demand amid social distancing and nationwide lockdown that has now been increased till May 3.

In a statement shared with IANS, Zomato said that the company has partnered with Grofers, along with other FMCG companies, local groceries stores and modern retail chains, to pilot its grocery delivery service. “We are not aware of any other conversation with Grofers,” a Zomato spokesperson added.

A Grofers spokesperson added: “The news on the merger is a pure speculation and completely untrue. Grofers is the country’s biggest online grocery retailer and has been growing at 2x every six months.”

After initial hiccups, Zomato has started grocery delivery in over 80 Indian cities with supplying essentials like aata, dal, milk, vegetables and items and for this, it has partnered existing players like Grofers.

According to Prabhu Ram, Head-Industry Intelligence Group, CyberMedia Research (CMR), companies are looking at creative pivots to stay relevant by pursuing new growth opportunities on the back of the new coronavirus pandemic.

“Expanding into near adjacencies is a given for companies, such as Zomato. From Zomato’s perspective, a partnership or acquisition of Grofers would provide it a good leg-up in its competition with Swiggy to win big in the grocery delivery segment,” Ram told IANS.

Online food and grocery retail is expected to touch $10.5 billion by 2023, according to a recent report by Bengaluru-based market consulting firm Redseer.

Zomato CEO Deepinder Goyal who is bullish on online delivery of essential items, has said that their delivery network in the country is only second to India Post.

“We are putting in every effort to make sure that we put it to good use to serve the community. We’d like to thank the government authorities, grocery stores, FMCG companies & other start-ups that have come forward to partner with us and support the community in this endeavor,” Goyal said recently.

Zomato is currently valued at nearly $3.2 billion while Grofers’ valuation is around $650 million. Menlo Park, California-based Sequoia Capital is a common investor in both the delivery platforms. Zomato in January acquired Uber’s Food delivery business in India – UberEats — in an all-stock deal for nearly Rs 2,500 crore. Uber has 9.99 per cent stake in the Goyal-led food delivery platform.

Japanese conglomerate SoftBank, the largest investor in Grofers, is also likely to pump in around $100 million in Zomato.

The company has also launched the ‘Feed the Daily Wager’ initiative to support and ensure meals for workers at construction sites, shops, restaurants, delivery staff, and local transport systems who earn on daily basis.

As part of this campaign, the food delivery giant is providing ration kits to the daily wager communities that are currently unable to support their family’s food requirement.