Asus just launched the 6GB variant of the ZenFone Max Pro M1 (Rs. 14,999) with better camera sensors on both the front and back of the device. Unlike the 3GB and 4GB RAM variants, which packed a 13MP+5MP dual camera setup on the back and an 8MP selfie shooter, the 6GB RAM variant now packs in a 16MP+5MP dual camera setup, along with a 16MP secondary camera up front. On paper, the upgraded specifications look promising, but has the camera actually improved? Let’s jump right in to the camera review and find out:

Before we delve into the camera performance, let’s take a look at what exactly the 6GB RAM variant of the ZenFone Max Pro M1 packs in the camera department. In keeping with the dual-camera trend, Asus included a dual-camera setup on its original ZenFone Max Pro M1 which has been slightly improved in the new iteration. The top-end device in the Max Pro M1 lineup now includes a 16MP f/2.0 primary sensor with phase detection auto-focus, along with a 5MP f/2.4 secondary sensor for depth sensing. The dual camera setup is complemented with a flashlight, that doubles up as a flash only if you’re really desperate. Up front, the old 8MP selfie-shooter has been replaced by a 16MP f/2.0 sensor up front which is also used by the device for the Face Unlock feature.

The rear-facing dual camera setup on the ZenFone Max Pro M1 performs decently for a smartphone in this price bracket. Images captured by the 16MP sensor are more detailed with accurate colors, unlike the 3GB or 4GB RAM variants, and have ample amount of detail and decent dynamic range. However, unless you have a very stable hand, you’ll have to deal with a lot of blurry images as the device take a lot of time to process the images once clicked. In case you move your hand ever so slightly while the image is still being processed, the images can turn out blurry and out of focus.

Another issue that I faced while using the camera is that it takes a long time to focus on the subject, despite having phase detection auto-focus. Here are a few images we captured using the device in good lighting conditions:

The upgraded camera sensors on the ZenFone Max Pro M1 (6GB) deliver significantly better images in low-light conditions. Granted, the images still have a lot of noise, but for a device in this price range, the camera is able to capture a lot of light in a brief duration and the images are fairly usable. Even though the camera isn’t as good as the Redmi Note 5 Pro in good lighting conditions, the ZenFone Max Pro M1 trumps the Xiaomi device in low-light conditions, capturing more details and better dynamic range. However, the absence of noise and blur in the images clicked using the Redmi Note 5 Pro make them look a tad bit better. Just take a look at the images captured in low-light scenarios and see for yourself:

The ZenFone Max Pro M1 utilizes the secondary 5MP sensor for depth sensing and it delivers decent portrait shots at times, while really struggling most other times. When the pictures turn out great, they have ample amount of detail, the edge detection is on point and the background blur is quite realistic. However, the camera tends to falter with the edge detection and background blur more often than not, resulting in portrait shots which sometimes even have the subject blurred out. Portrait images captured in low-light are barely usable as they have a lot of noise and focus issues.

Up front, the ZenFone Max Pro M1 has a new and improved 16MP f/2.0 sensor for capturing selfies, which sounds like a great improvement, but in reality feels like a minor update. Compared to the 8MP selfie shooter on the 3GB and 4GB versions of the device, the 16MP shooter on the 6GB variant is just a minor update when it comes to the image quality. The device is capable of capturing okay-ish selfies which are good enough for social media use, but not much else. The front camera also comes with a portrait mode feature, but much like the portrait mode on the main camera setup, the portrait mode images captured by the front camera are inconsistent. Just take a look at the images captured by the front camera and you’ll see what I’m trying to say:

While the cameras on the ZenFone Max Pro M1 6GB are definitely better than those on the 3GB or 4GB variant, they’re still not good enough to qualify the device as the next budget king. The device’s camera performance still lags behind the Xiaomi Redmi Note 5 Pro, which currently leads the budget smartphone segment, and Asus needs to make some improvements on the software side of things if it wishes to take the top spot with the ZenFone Max Pro M1. As I’ve mentioned in the full review of the ZenFone Max Pro M1 6GB, the camera take a lot of time to focus, an insanely long time to process images once they’re clicked and often fails to launch from the lock screen which adversely affects the user experience. There’s absolutely no doubt that the ZenFone Max Pro M1 has some potential, but Asus should look into improving the camera performance on the software front to justify the updated hardware and, of course, the increased price.

If you haven't been keeping up with the latest in tech, of recent, then you may not know that Realme and Xiaomi recently hiked...
Anmol Sachdeva - Nov 29, 2018 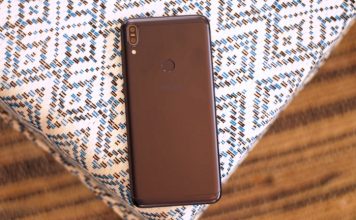 Asus and Flipkart entered a long-standing partnership with the exclusive launch of the Zenfone Max Pro (M1) on Flipkart earlier this year. Now, the phone...
Anmol Sachdeva - Oct 5, 2018 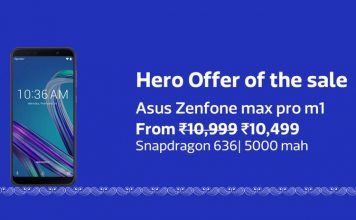 As part of Flipkart's upcoming 'Big Freedom Sale' festivities to mark India's 72nd Independence Day, many products on the site are being offered at...
Kishalaya Kundu - Aug 10, 2018 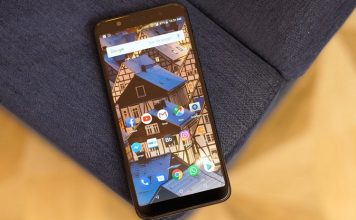 Putting an end to the intermittent availability and flash sales of its mid-range warrior, the Zenfone Max Pro M1, Asus has announced that the...
Kishalaya Kundu - Aug 1, 2018 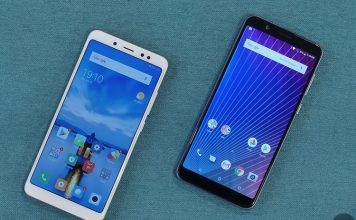 While the original ZenFone Max Pro M1, which was released back in April this year, couldn't beat Xiaomi's Redmi Note 5 Pro to take...
Pranob Mehrotra - Jul 28, 2018