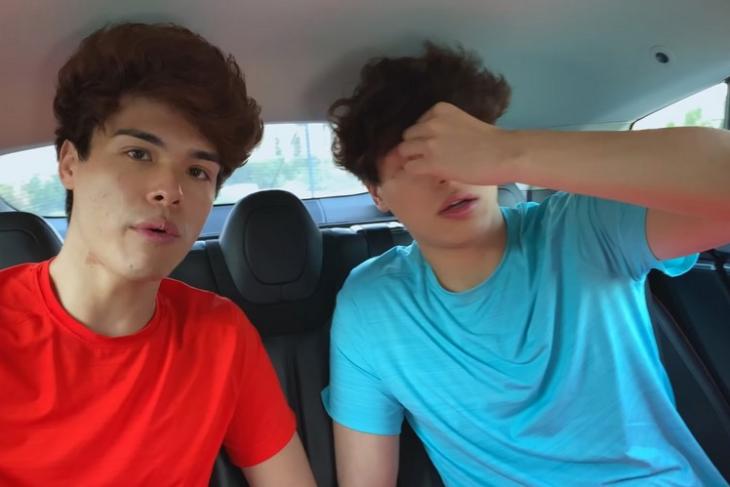 YouTube has become one of the most popular video platforms in the market with all sorts of videos. We have seen YouTubers do crazy things on videos like making a “Cyberbike” and open 6000 Chrome tabs. However, one of the risky genres of YouTube videos includes pranking random people. So now, for a YouTube-prank-gone-wrong video, two YouTube star brothers are facing felony charges for a fake bank robbery.

YouTuber twins, Alan and Alex Stokes run the popular YouTube Channel, “Stokes Twins“. Most of their videos contain pranks on their friends and random people on the streets. So for a video which they shared on YouTube last October, the twins have been charged with two counts of felony and misdemeanor each.

The Prank That Can Send Them to Prison

So now, coming to the actual prank. The Stokes brothers first identified themselves as criminals to an Uber driver and some other random people on the street. They took it to a higher notch when they started to urge the general public to give them rides, clothes, and other forms of assistance in a rude way.

Following these events, reportedly many police officers came to the spot after getting a robbery alert. At this point, the brothers were explaining the prank to the officers.

After the case filings, the brothers removed the video from their YouTube channel which has almost 4.9 million subscribers.

Now, for the above prank, the Orange County District Attorney has charged each brother with one felony count of “false imprisonment effected by violence, menace, fraud, or deceit” and another misdemeanor count of falsely reporting an emergency. According to the authorities, if convicted for both charges, the Stokes brothers would go to jail for four whole years.

“These were not pranks. These are crimes that could have resulted in someone getting seriously injured or even killed. Law enforcement officers are sworn to protect the public and when someone calls 911 to report an active bank robbery they are going to respond to protect lives. Instead, what they found was some kind of twisted attempt to gain more popularity on the internet by unnecessarily putting members of the public and police officers in danger.”, said the Orange County DA, Todd Spitzer.