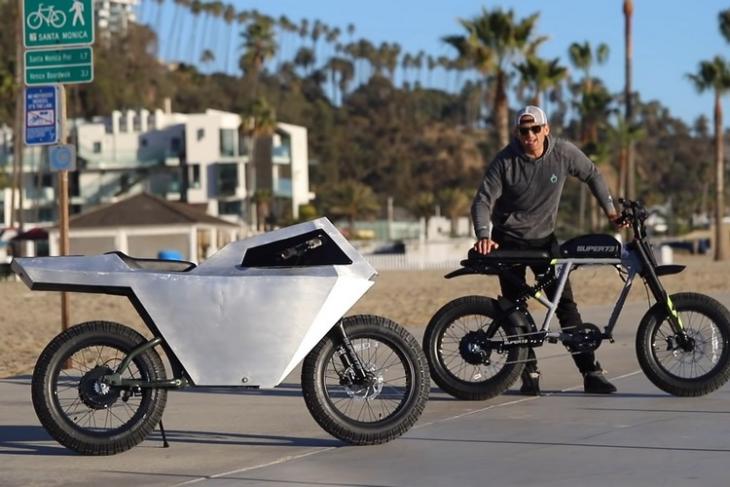 Ever since Elon Musk unveiled the Tesla Cybertruck in November 2019, the design sort of broke the internet. The Cybertruck design-trend even inspired a $15k Cyber-iPhone and now popular YouTuber, Casey Neistat, made a Cyber-Bike.

The popular vlogger published a video (below) on his YouTube Channel on February 3rd and in the video, he is seen to ride an electric bike that features a design similar to the Cybertruck design. Confused? So was I.

Now, the actual bike is made by a company called SUPER73, that makes electric bikes. So, as the story goes, SUPER73 reached out to the YouTuber to test out their upcoming electric bike. However, they had to make sure that the actual bike was not to be seen by the public prior to its release. Hence, Casey worked with the folks at the company to transform it into the Cyber-Bike.

It wasn’t an easy task implementing the Cybertruck design onto a bike. However, they were able to replicate the design by covering the actual bike with an aluminium shell. Unlike Tesla’s space-grade stainless steel exoskeleton of the Cybertruck, the aluminium shell looks kinda janky. As explained by Casey in the video, first, the team used cardboards to chalk out the design that they wanted to replicate. After they were satisfied with it, they used aluminium sheets to make the actual shell for the bike.

In order to replicate some of the unique features of the Cybertruck, such as the cool headlight strip and the storage unit at the back, the company used plastic to model them. For instance, at the back of the Cyber-Bike, there is a plastic storage unit that can contain a 6-pack beer easily!

The Cyber-Bike is not at all perfect as driving it can be somewhat difficult. Because of the design of the shell, the handle-bars of the bike kind of sticks out of the windows. This makes turning the bike really tough as these handle-bars get stuck in those windows every time you try to turn it.

Now, the actual bike underneath the Cybertruck shell is the SUPER73-RX. It is the company’s upcoming electric bike that has a 960W hour battery and has a range of 40 miles (~64 km) on a single charge. The bike can reach up to a speed of 20 mph (~32 km/h). However, with the Cybertruck shell on top of it, these specs might differ. 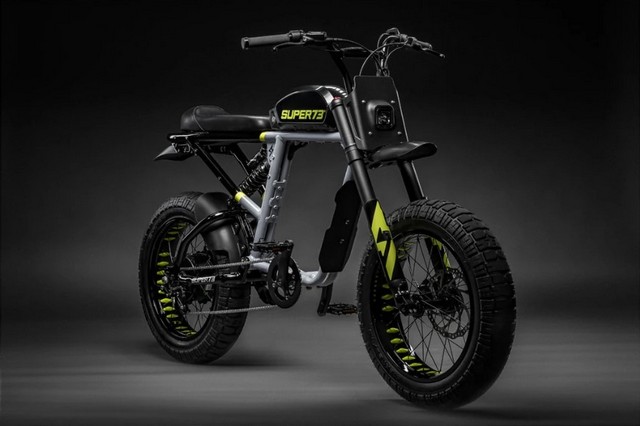 Now, it is important to note that SUPER73 has no plans to release the bike with this design. Although, I think if they did, it would’ve been sold out the day it was released. You can check out the RX in their official website by clicking this link.

So what do you think of the Cyber-Bike? Will you buy one if something like this comes up? Let us know down in the comments.