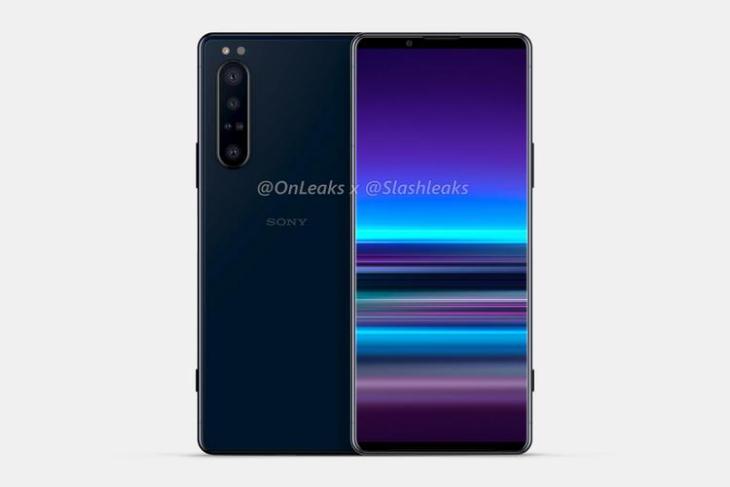 Having unveiled the Xperia 5 last September, Sony is reportedly looking to launch a ‘Plus’ variant of the device with a similar set of design cues and hardware features, but with a larger screen. According to report, the so-called Xperia 5 Plus will come with a notch-less 6.6-inch flat OLED display, dual front speakers, an 8MP selfie camera and a triple rear-camera setup plus a ToF sensor.

The renders, released by @OnLeaks and published by SlashLeaks, suggests that the device will retain the Xperia 5’s industrial look with a boxy, minimalist design. The device is said to come with a side-mounted fingerprint sensor embedded in the power button on the right, a 3.5mm socket at the top and a USB Type-C port at the bottom. The audio port would be an interesting choice, given that the standard Xperia 5 does not have that option.

Here comes your very first look at which I assume will be launched as #SONY #XPERIA5Plus! (who really knows about naming schemes nowadays?…😅)

360° video + gorgeous 5K renders + dimensions + few specs, on behalf of… Myself and @Slashleaks…😄

In terms of optics, the Xperia 5 Plus has an 8MP selfie camera upfront and a quad-camera setup at the back, including a ToF unit, but the exact identities of those sensors aren’t immediately clear. The report further claims that the Xperia 5 Plus will measure 168.2mm x 71.6mm with an 8.1mm width that will increase to 9.3 mm when the protruding camera bump is accounted for.

Other key details about the rumored device are yet to be revealed, but we can expect it to ship with the latest top-end hardware, including the Snapdragon 865 instead of 855 found on the smaller device. It should also ship with Android 10 out-of-the-box instead of the Android 9 Pie that the Xperia 5 came with last year. Either way, there’s no word on when the phone will be officially announced by Sony, but let’s hope that it happens sooner rather than later.