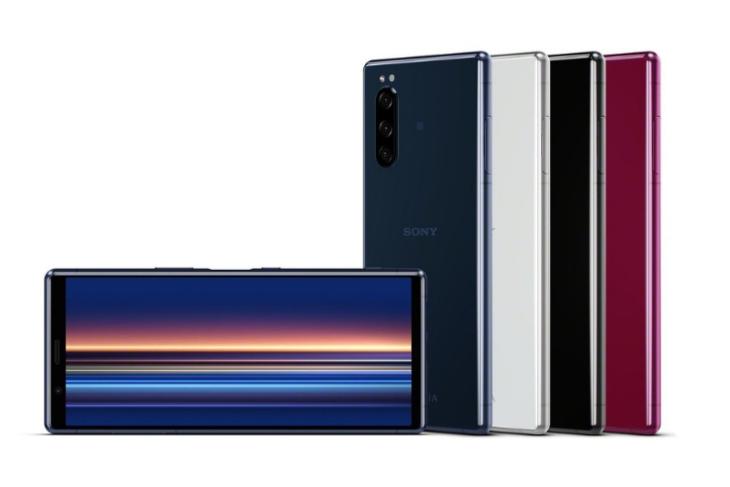 Well, the rumors and leaks have been proven right. Sony today took center stage at IFA 2019 to unveil a slightly compact sibling for its flagship smartphone. Called the Xperia 5, this smartphone may have a weird name but comes flush with a good set of features. Let us take a look at the specifications, price and availability details for this new smartphone:

The Sony Xperia 5 sports a 6.1-inch OLED panel, with the taller 21:9 CinemaWide aspect ratio and Full-HD+ (1080×2560) resolution – as opposed to the 4K panel on the Xperia 1. The company thinks this is the best aspect ratio for content consumption and offers HDR 10 support onboard as well. You’d have certainly spotted the top and bottom bezels by now, so no fully bezel-less screen in tow here.

Xperia 5 is a compact variant of Xperia 1 when it comes to under the hood specs as well. Not just in terms of design and the triple camera setup on the rear (which we will get to underneath). It is powered by the Snapdragon 855 chipset, paired with 6GB of RAM and 128GB of internal storage.

In the camera department, you get a triple camera setup that’s been pasted here from Xperia 1. It has, however, been moved from the center towards the edge. It packs three 12MP sensors, including a primary 12MP Exmor RS sensor, a 12MP ultra-wide lens, and a 12MP telephoto lens with 2x optical zoom. Sony is also providing users access to Creator Mode on the Xperia 5 as well, alongwith Dolby Atmos-enhanced stereo sound experience.

While all of this sounds good, I’m a little skeptical about the battery performance. Sony Xperia 5 comes equipped with a tiny 3,140mAh battery pack with support for 18W USB-Power Delivery fast charging support. This means you will be able to juice up the device quickly even if it runs out of power during the day.

Sony hasn’t revealed the price details for the Xperia 5 just yet but if we take its flagship specs sheet into account, the smartphone could be priced at around 599 euros (roughly around Rs. 47,500 or $660) in European markets. Pre-orders for this device start next week, with shipping scheduled for October.

The company also bundles the well-received Sony WF-1000XM3 noise-canceling truly wireless earbuds with this smartphone as part of the pre-order, which sure is a salivating deal.