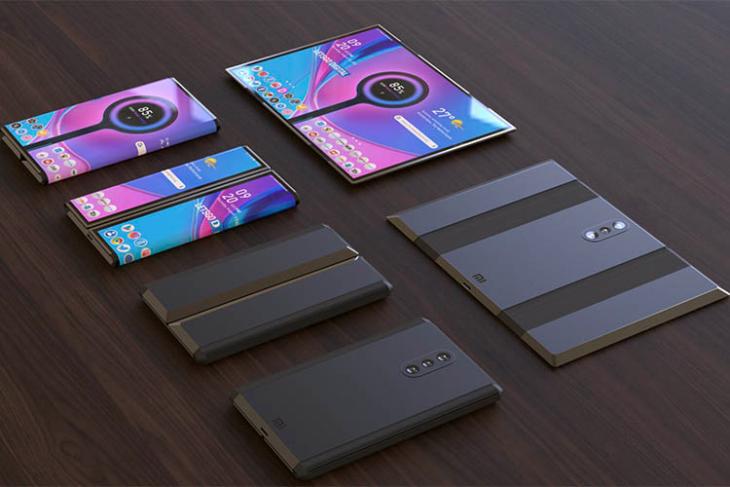 Xiaomi has been working on a foldable phone, we all know that thanks to the company posting a video of a prototype for the phone on Twitter a while back. Since then, we’ve not heard much about the Chinese smartphone maker’s ambitions around the foldable phone.

Well, we now have concept renders of the foldable phone surfacing online thanks to Lets Go Digital, where we get a close-up look at what Xiaomi’s folding phone might look like. These renders are based on the video shown off by Xiaomi, and patent applications about folding phones made by the Chinese company. The renders show off the same folding mechanism where both ends of the screen fold backward to create a smaller, more pocketable device.

We also get to see a vertically aligned triple rear camera on the back, which, while it looks good in the renders, does seem like users will have to unfold the device in order to take pictures — a process that’s not only time consuming, but also very reminiscent of days when people with iPads would just be clicking pictures with their gigantic tablets all over the place.

Apart from that though, Xiaomi’s design, at least based on the patent filing and the renders, does look interesting, if not any more practical than Samsung’s or Huawei’s, but until Xiaomi makes an announcement about the phone, or shows it off in more than a video on Twitter or Weibo, we can’t be certain as to what to really expect from the phone.

Whenever Xiaomi introduces this folding phone, a few questions will obviously loom over its launch — does it break far too easily, and how much does it cost. There are no reports about when the Chinese company might launch or unveil this device, but MWC 2020 seems like a perfectly good time to do this. We’ll just have to wait and see.