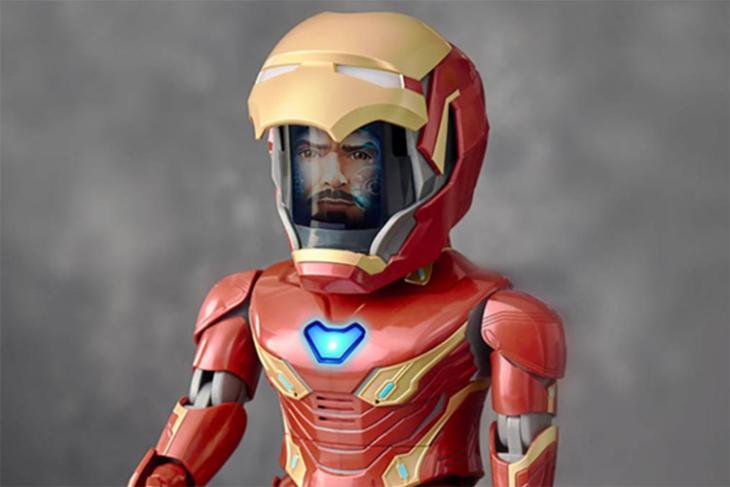 If you thought the Endgame hype was going away anytime soon, think again. Xiaomi, of all people, have now released a robot that’s themed after Tony Stark’s Iron Man Mk50 suit from Avengers: Endgame. The robot is reportedly manufactured by UBTECH and is priced at 1,965 Yuan (~Rs. 20,000) in China.

The robot is a miniature version of Iron Man, and is linked to a smartphone app that lets you experience Iron Man’s life, complete with missions, and AR experiences. With the app, you can basically suit up as Iron Man, and play through a series of weapons tests, and even battle drones — all of which are inspired from the MCU.

The smartphone app uses AR to give you a feeling of actually being Tony Stark inside the Iron Man Mk50 suit, and the robot is fully capable of walking and talking, and even comes with an LCD screen inside the helmet that can be customised to show the player’s face, and even play custom phrases that will be played when the helmet shield retracts during certain gameplay moments.

The robot itself has 7 motors allowing it to walk forwards and backwards, tilt its head, move its arms, rotate its waist, and more. There are a bunch of sensors and LED lights as well. There are IR sensors on the robot’s feet, the repulsors are LED lit, and so is the Arc reactor in the robot’s chest. There’s also a retractable faceplate, a wake sensor, and an animated LCD screen.

The Iron Man Mk50 robot comes with rechargeable Li-ion batteries that are rated to last for 1.5 hours of playtime after a full charge. As mentioned above, the robot is priced at 1,965 Yuan, which is around Rs. 20,000, and it’s already available to purchase in China.