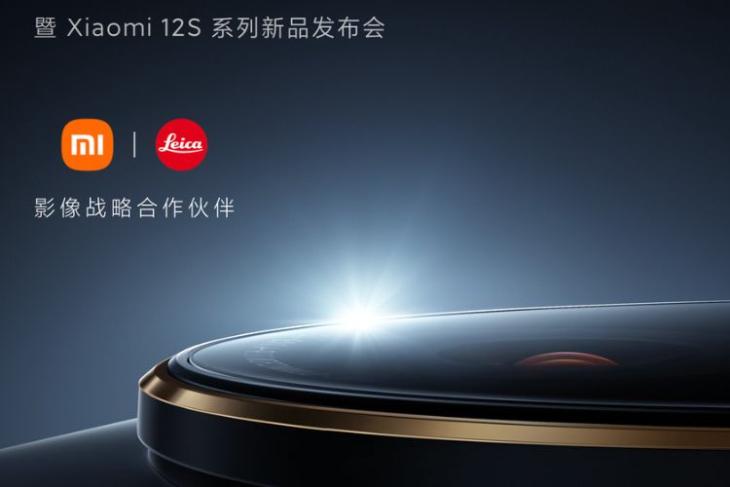 Xiaomi recently announced that it will launch its Leica-backed Xiaomi 12S series on July 4. Now ahead of this, the company has shed some light on the devices’ camera details, which suggests that the Xiaomi 12S Ultra will be the first to feature the new Sony IMX989 camera sensor. Check out all the details.

Xiaomi’s Lei Jun has confirmed that the Xiaomi 12S Ultra will come with the Sony IMX989 1-inch sensor, which is the largest camera for a smartphone yet. It is expected to have a 50MP resolution and provide 172% increased photosensitive area, 32.5% increased camera speed, and an 11% increased startup speed. This is in comparison with the iPhone 13 Pro Max.

The new Sony IMX989 sensor has been co-developed by both Xiaomi and Sony, as per Jun. This, clubbed with the Leica branding can ensure a pretty impressive camera performance. However, only time will tell how this partnership pans out.

The Xiaomi 12S Pro and the Xiaomi 12S, on the other hand, will come with the Sony IMX707 sensor, which is said to offer a 48.5% increase in photosensitive area and a 49% increase in light input. This will most likely support a 50MP resolution, along with a 7p lens and OIS. Other camera details still remain unknown. We expect Xiaomi to reveal more details on this before the official launch takes place.

Apart from this, not much is known yet. The Xiaomi 12S series could be powered by the Snapdragon 8+ Gen 1 chipset and there could be a MediaTek Dimensity 9000 or Dimensity 9000+ chipset for any of the models. We expect the phones to come with a new design and feature the rumored massive circular camera bump at the back.

A number of high-end specs like a 120Hz refresh rate, up to 120W fast charging, and more are also expected. We need to see how the Xiaomi 12S series turns out to be and for this, it’s best to wait until July 4. Stay tuned to this space to know all the details regarding the upcoming Xiaomi phones.