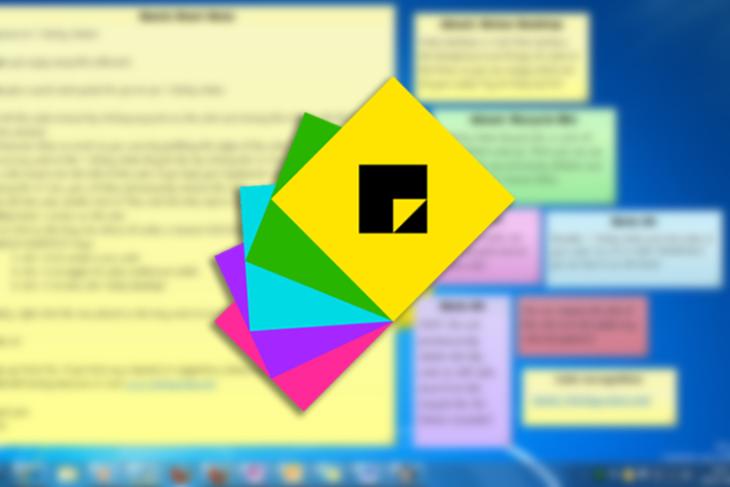 Sticky Notes, despite its minimalism and the ease of note-taking, remains one of the oldest and iconic apps in Windows. It’s remained largely unchanged even as Windows has undergone a huge change in UI and look and feel. And now a team of engineers at Microsoft has now dedicated to modernize Sticky Notes that with a revamp that brings slew of new features to the app, along with cross-platform support.

After the addition of Cortana integration back in 2016, update 3.0 will bring a basket full of much-awaited features to make Sticky Notes a great note-taking app for Microsoft’s Surface notebook and other Windows machines with touchscreen and support for pen input, but also for more traditional laptops.

Product Manager Reza Jooyandeh tweeted about the upcoming features. One of the much-awaited features is a dark mode which will let users sketch or type in lighter colors. An improved formatting bar will add greater editing controls like strikethrough, bullet points that allow users to go beyond basic controls such as bold, italic, and underline. You can still get these on Sticky Notes by formatting the text in MS Word, but native support has been lacking sorely for years.

Additionally, Sticky Notes is also getting new animations, improved accessibility features for visually challenged users, and enhancements in terms of stability and performance. In contrast, the Stickies app in macOS comes with extra features including text alignment, font styles, inbuilt dictionary but one feature that Apple might have overlooked is cross-platform support.

Microsoft, as per Thurrott.com, is also working on sync features for Android and iOS devices and is apparently building dedicated apps for the two platforms. While there is no other option but to have a dedicated app for iOS, we hope Microsoft adds support for Sticky Notes within the Microsoft Launcher besides releasing a standalone app.

While the folks at Microsoft have not outlined a date for the launch update, it can be expected to launch this year itself with the rollout of Windows 10 19H1 (2019 Edition) which starts in October this year.