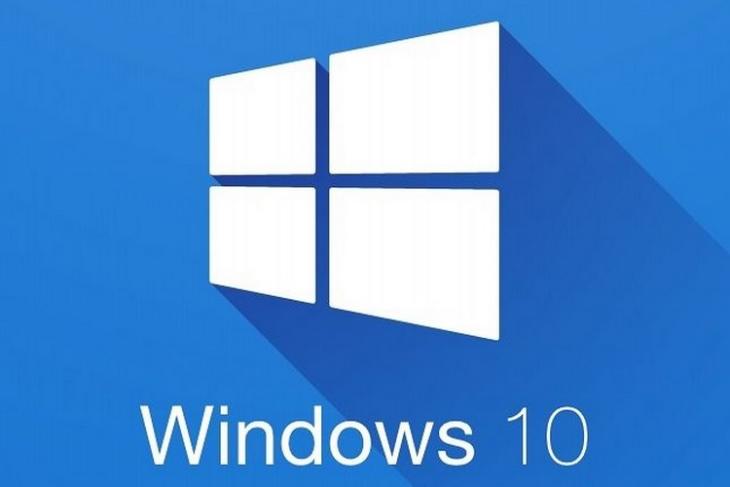 Microsoft has released a new Windows 10 Insider Preview update (Build 17713 -RS5) for testers in the Fast ring, which brings a host of improvements to the Edge browser such as per-site media autoplay controls, Edge PDF reader enhancements, an inbuilt dictionary, and a lot more.

The latest update also temporarily changes the opt-in process for the Fast and Skip Ahead rings for the Windows Insider Preview program, and also introduces a whole lot of bug fixes, performance improvements as well as some  UI changes, that will soon go live via a stable update. 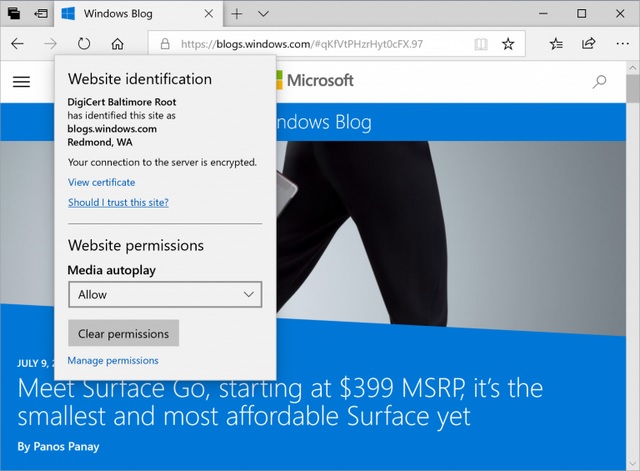 The Edge browser now has a per-site media autoplay control feature, which allows users to disable/enable automatic media playback on a specific website. The new feature called ‘Media Autoplay’ can be found below the ‘Website permissions’ option in the ‘Website identification’ pane. 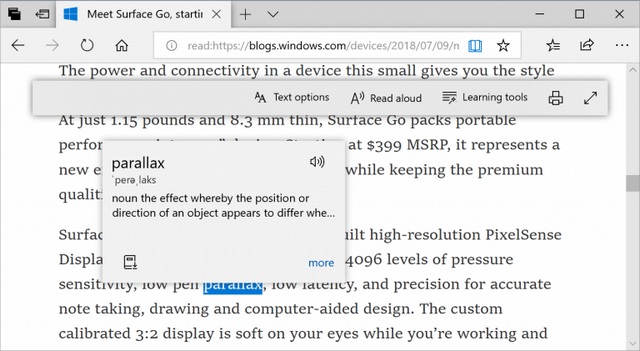 Moreover, it is now very easy to look up the meaning of a word in Reading View, Books, and PDFs on the Edge browser. Just select the word whose definition you want to check out, and it will automatically pop-up in a box. You can also choose to listen to the correct pronunciation of the selected word by tapping on the speaker icon and even access in-depth information about it by pressing the ‘more’ option.

A very useful addition to the PDF Reader in Edge brought by the update is that all tools in the toolbar now have a text description, which makes it significantly easier for users to understand what an icon is meant to do and accomplish tasks with ease. Moreover, a few new tools such as ‘Add notes’ have also been added to the toolbar to enhance productivity.

Another useful change introduced by the update is that you can now pin the toolbar and place it at the top of the documents to improve the accessibility of the required tools, and also unpin the toolbar to avoid any distractions while reading. To bring back the toolbar, just hover the cursor over the toolbar’s usual location and it will be restored. Some PDF reader improvements have also been made, which ensure that users see a lesser amount of blank white space while navigating through a PDF file in Edge. 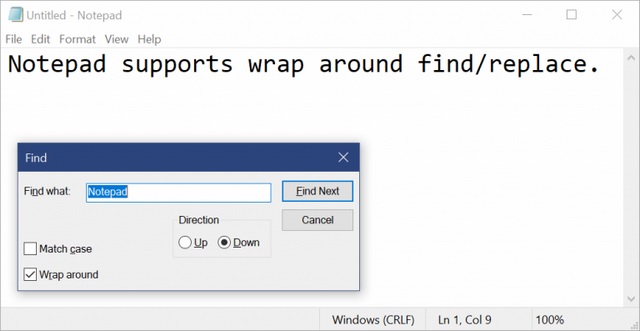 Notepad will now automatically fill the search box with the selected text in the ‘Find’ tool, and will also remember the settings from a previous usage for options like search direction (Up/Down) and search type (Match case/Wrap around).

Microsoft has now finally added zoom functionality to Notepad, which can now be performed by using the new zoom option in the View tool. There are also commands to perform the zoom task, which are listed below:

Moreover, the status bar in Notepad now shows the line and column number while moving the cursor between the text. Listed below are a few of the other improvements to Notepad as mentioned in the update’s changelog: 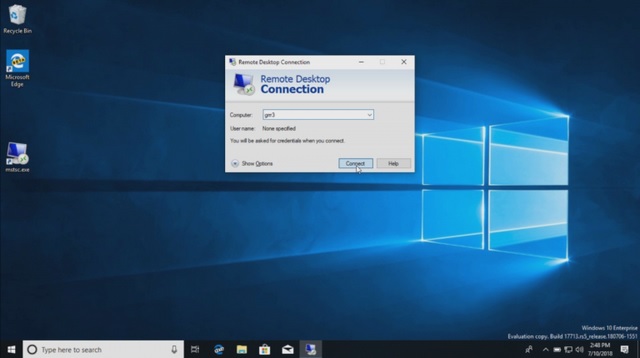 Enterprise customers who employ Windows Hello for Business for using Azure Active Directory and Active Directory can now use their biometrics such as iris or fingerprint scan for authentication to start a remote desktop session.

Microsoft has also introduced a faster way for signing in to a shared PC, which is common at workplaces. The new authentication feature is called ‘Fast Sign-in’ and can be set up with relative ease. Also, improvements to the Windows Defender Application Guard, optimizations for handwriting input and general improvements and fixes are also in tow. You can check out the complete update changelog on the official Windows blog here.

Microsoft Edge Can Now Sync Your Extensions Across Devices