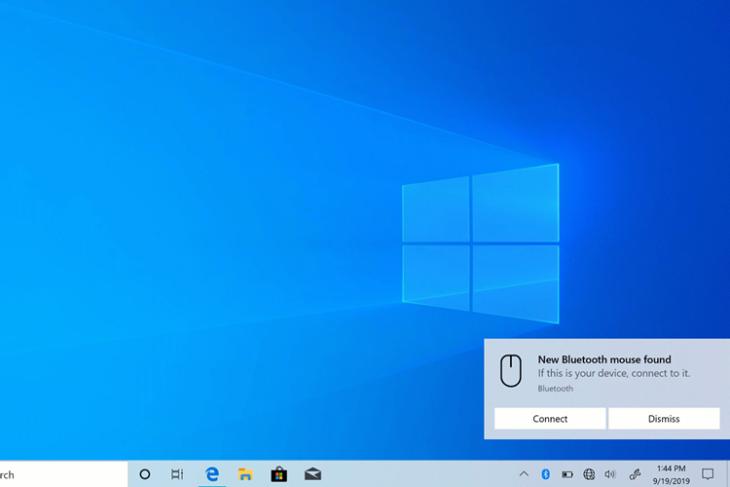 Pairing Bluetooth devices has never been seamless in Windows. You always needed a series of clicks to pair the device which can be exhausting at times. Well, not anymore. Microsoft has started rolling out its updated Swift Pair feature in the latest Windows 10 Insider Preview Build 18985.

For the uninitiated, Swift Pair is a feature introduced by Microsoft back in 2018 as a method to quickly connect with nearby Bluetooth devices. With the latest upgrade, Microsoft has made it even more intuitive and effortless. In the new implementation, a notification will appear prompting you to connect your Bluetooth device with the PC and guess what, the entire pairing process happens right from the notification and you will not be redirected to the settings app. Pretty cool, right?

If you’re one of the Windows 10 Insiders with a Surface accessory who is unable to make Swift Pair work, don’t worry. The Redmond giant has stated that the new Swift Pair has been rolled out only to 50% of the Insiders as of now.

So, are you excited for this new Swift Pair feature? Let us know in the comments.

You Will Be Able to Cloud-Reset Your Windows PC Soon