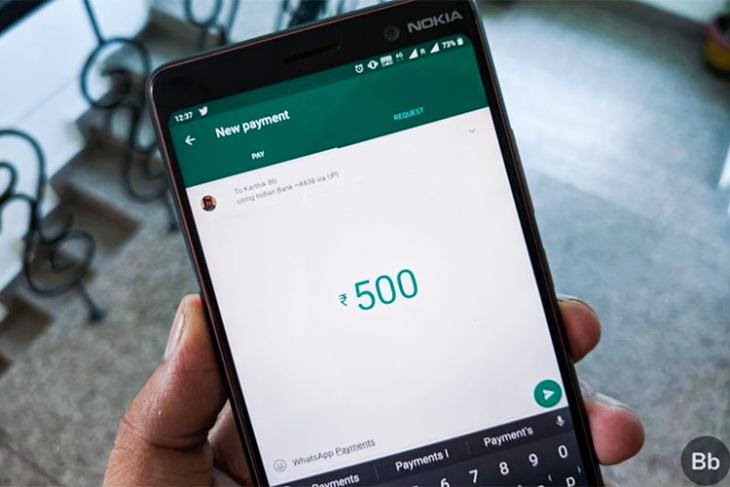 WhatsApp finally appears to have dealt with all the data compliance issues that stopped the company from rolling out the service widely in the country. There were multiple reports over the past few months hinting at the imminent launch of WhatsApp Pay in India and now, the National Payments Corporation of India has reportedly approved the launch of WhatsApp Pay in a phased manner.

According to a recent Business Standard report, WhatsApp Pay will be initially available to 10 million users in India during the first phase of the rollout. In case you’re unaware, WhatsApp conducted a pilot test for the service with 1 million user capacity back in 2018.

If you’re wondering how the data localization issue got solved all of a sudden, that’s because WhatsApp reportedly agreed to comply with the data localization regulations set by the Indian government. “If WhatsApp is able to fulfil the compliance requirements, the messaging platform will be able to do a full roll-out,” sources told Business Standard.

Mark Zuckerberg is anticipating high user traffic over the course of time for the payment service. “We got approval to test this with one million people in India back in 2018. And when so many of the people kept using it week after week, we knew it was going to be big when we get to launch”, Zuckerberg said during the company’s earnings call.

With over 400 million users, WhatsApp certainly has a significant market share in the country and it will challenge the likes of powerful players in the UPI-based payments segment – Google Pay, Amazon Pay, PhonePe, and Paytm.

In addition, WhatsApp will be expanding its payments service to several countries in the next six months. So, now that WhatsApp Pay is about to be widely available after a long gap, will you consider switching to it over your current payment method? Let us know in the comments.