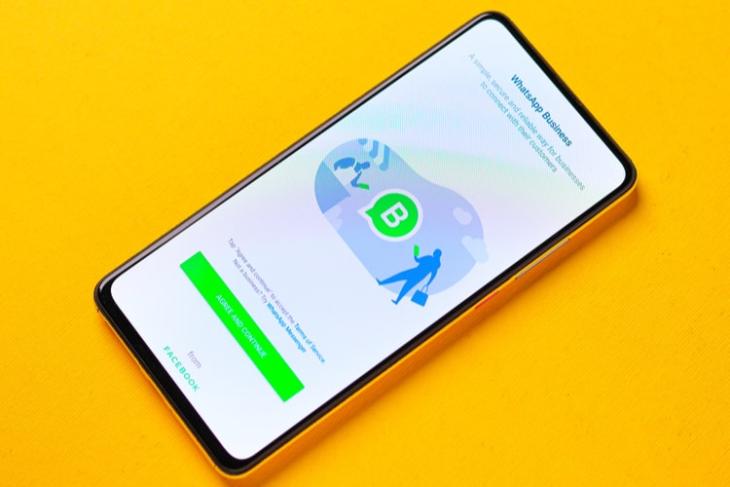 Earlier this year, we saw WhatsApp test a new cover photo feature for business accounts on iOS as well as on the desktop. Now, according to reports, the Meta-owned messaging giant is rolling out the cover photo feature to WhatsApp Business beta users on Android. Check out the details right below!

According to a recent report by WABetaInfo, the latest WhatsApp Business beta (version 2.22.14.6) update for Android includes the new Cover Photo feature.

It lets WhatsApp business users add an additional cover image to their profiles, much like how you can add cover images for your Facebook or Twitter profile. The cover image shows up as a wide image behind the profile picture and provides an additional visual flair to business profiles on WhatsApp.

We have already seen how the feature works on iOS. You can see the preview of how the new Cover Photo feature looks on the WhatsApp Business beta for Android right below.

Now, as for the availability of the new feature, WABetaInfo states that WhatsApp is currently rolling out the feature to certain business accounts, starting today. More WhatsApp business users are expected to receive the same in the coming weeks.

So, if you are using a WhatsApp business account and are eagerly waiting for the new cover photo feature on WhatsApp, be sure to stay tuned for further updates. Also, let us know your thoughts in the comments below.