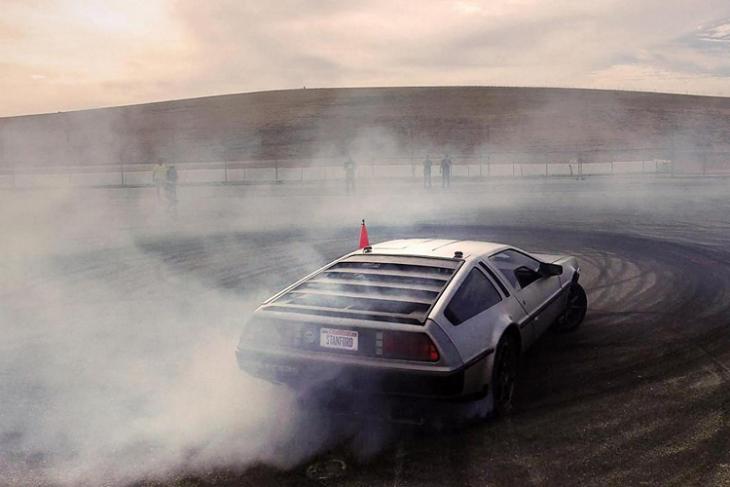 One of the major concerns people have over autonomous cars is regarding how well they perform in risky situations that could potentially lead to accidents. Engineers at Stanford’s Dynamic Design Lab have attempted to address that by teaching a driverless DeLorean (you might remember it from Back to the Future) to drift around a complicated course involving a lot of turns.

The vehicle is named MARTY – Multiple Actuator Research Testbed for Yaw, referencing the protagonist of Back to the Future Marty McFly. MARTY managed to successfully complete the track on the first try with just the GPS coordinates and AI-based algorithms.

“We’re trying to develop automated vehicles that can handle emergency maneuvers or slippery surfaces like ice or snow,” says Chris Gerdes, Director of the Center for Automotive Research at Stanford. “We’d like to develop automated vehicles that can use all of the friction between the tire and the road to get the car out of harm’s way. We want the car to be able to avoid any accident that’s avoidable within the laws of physics.”

Researchers had to swap various components of DeLorean to convert it to MARTY. They replaced the drivetrain with electric motors and batteries, the suspension system was customized to serve the purpose, mechanical steering, braking, and throttling were replaced by electronic systems.

MARTY is equipped with GPS antennas for location tracking. Computers are packed into the car to perform various operations. The researchers claim that the driverless car generates the smoothest drift route possible in seconds.

The on-board computers track the car’s responses over its runs. These responses are then fed into software that Stanford researchers believe could help self-driving cars prevent hitting pedestrians on the road.

In case you’re wondering why researchers chose drifting to push the limits of the car, that’s because the behavior and control of cars tend to be unpredictable when they go drifting. “If we can conquer how to safely control the car in the most stable and the most unstable scenarios, it becomes easier to connect all the dots in between.”,  said Jon Goh, mechanical engineering Ph.D. graduate from Stanford.

Watch MARTY drift the circuit like a champ in the video below and let us know your thoughts on it in the comments.

LG and HERE Working Together on Autonomous Cars