After a successful launch in China, Vivo has finally launched its premium device, the Vivo X21, in India at a price of ₹35,990. The budget flagship smartphone from the Chinese giant has a lot going for itself, but the highlight of the device has got to be the revolutionary under display fingerprint scanner. Well, courtesy of Vivo, we have had the chance to play with the device for some time, so here are my first impressions of the Vivo X21:

If you believe in love at first sight, the Vivo X21 can make you fall in love with it in an instant. The 3D curved glass back on the device accompanied by the aluminum body is the personification of premiumness. Also, unlike other smartphones out there that feature a glass back, the one of the Vivo X21 is not a fingerprint magnet, which is always a plus. 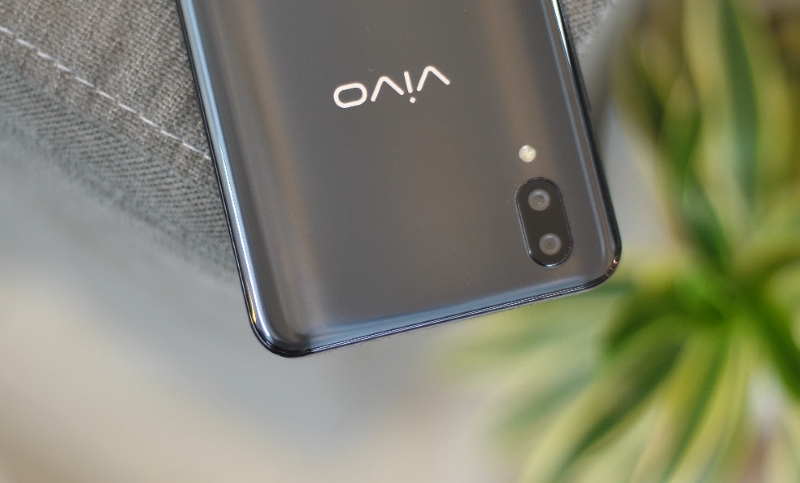 The back has a shiny finish to it, which further brings it in line with the offerings from HTC and Huawei. While I personally find it to be a flashy feature, who’s to say that I might end up liking it after using it for some time. 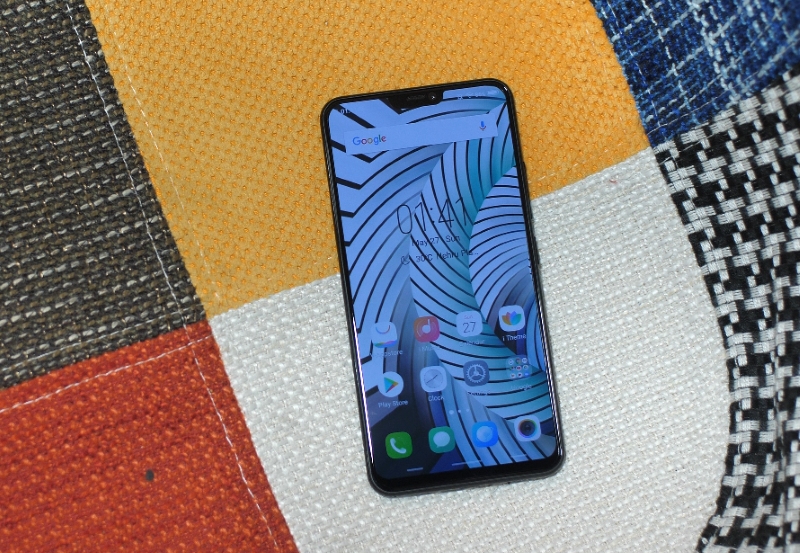 As much as I adore the back, the front of the display is what really raises the bar for smartphones in this category. The screen is almost bezel-less and gives a really premium look to the device. Also, as is the trend in the current market for smartphones, the Vivo X21 features a notch at the top. However, in my brief usage of the device, I found it to be hardly distracting and much better implemented that most smartphones with a notch out there.

For me, the Vivo X21 is a device that looks its game. The body feels super premium, and despite its light weight, does give the user a feeling of sturdiness and confidence. The 3D curves on the sides fit nicely in one’s palm and the notch is not as distracting as one thought it would be.

Undoubtedly the highlight of this device is the under display fingerprint scanner. In fact, one of the first things that I did with the device was to take the fingerprint scanner for a spin. And to be honest, I wasn’t really disappointed. Yes, registration takes a hard time, since you have to really drill your finger into the screen with pressure to allow the scanner to accurately register your biometrics, but once all is said and done, it feels quite nice. 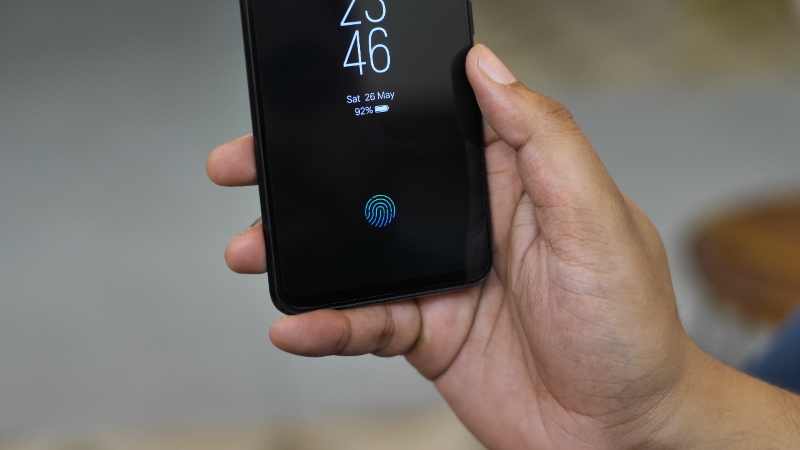 The Vivo X21 sports a 6.28-inch 19:9 AMOLED display and boy does it look good. It’s quite bright, and the colors just pop on this panel. The blacks and deep and natural as well. 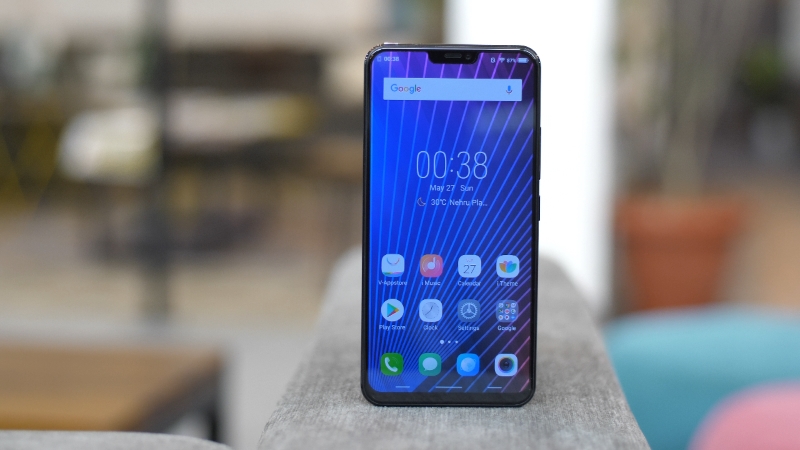 Unlike other Vivo devices that have been using IPS LCD displays, the AMOLED panel is a nice addition, and really makes the display look appealing and premium.

The Vivo X21 features a Qualcomm Snapdragon 660 which is the same as the Nokia 7 plus, a device that has already proven its worth in terms of performance. Add to that 6 GB of RAM and a 128GB internal storage, and you’d expect the device to handle its tasks with ease.

While I’ll reserve my final word for the complete review, in my initial testing of the device, the Vivo X21 managed to handle simple tasks such as opening apps and accessing specific parts of the OS quite easily. Thanks to the high capacity RAM, I was able to switch seamlessly between multiple apps, which is quite good.

The camera department on Vivo’s devices has been quite good, and considering the X21 is their flagship device, I was really intrigued to see the shooter on this device fares. The Vivo X21 comes equipped with a dual rear camera setup with a 12MP f/1.8 primary sensor along with a f/2.4 secondary sensor for depth effect. The Vivo X21 has the ability to record videos in 4K@30fps as well, so that’s another great point. 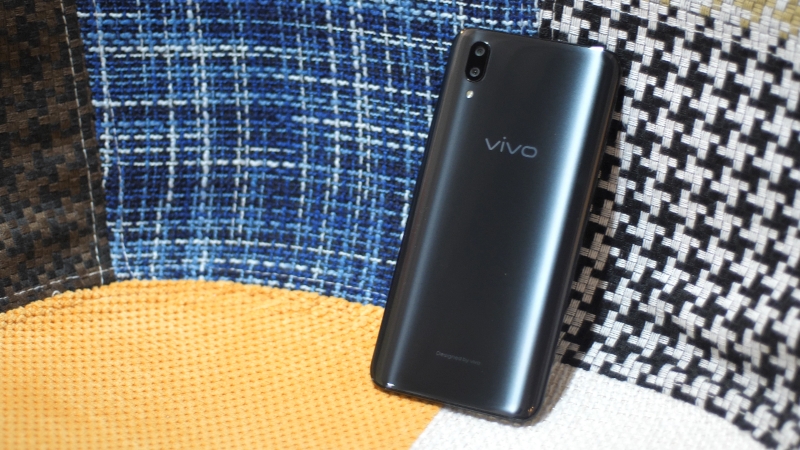 In my short usage, the X21 managed to capture some really nice shots, especially when there’s ample light. In low light, the photos are quite good, but there is a slight amount of noise.

As for the front side, the Vivo X21 features a 12MP f/2.0 shooter, which works quite well. I fancy taking a lot of selfies, and my initial testing suggests that the X21 can actually be used as my daily driver. There is a decent amount of clarity, the portrait mode works very well, and there are the lovely AR stickers as well. The camera does balance out the light well in the limited shots that I took. As such, the camera performance of the X21 certainly seems promising.

Then again, these were just a few shots that I took, and I’ll be sure to write in-depth about the camera’s performance in my full review of the device.

Personally, I am a stock Android guy. So when you’re gonna give me an Android device with a custom skin on top of it, chances are, that I won’t really like it. That being said, the FunTouch OS on the Vivo X21 is actually pretty darn good. I know it sounds weird, but in my initial impressions, it almost feels as if the software was designed exquisitely while keeping the design of the smartphone in mind. 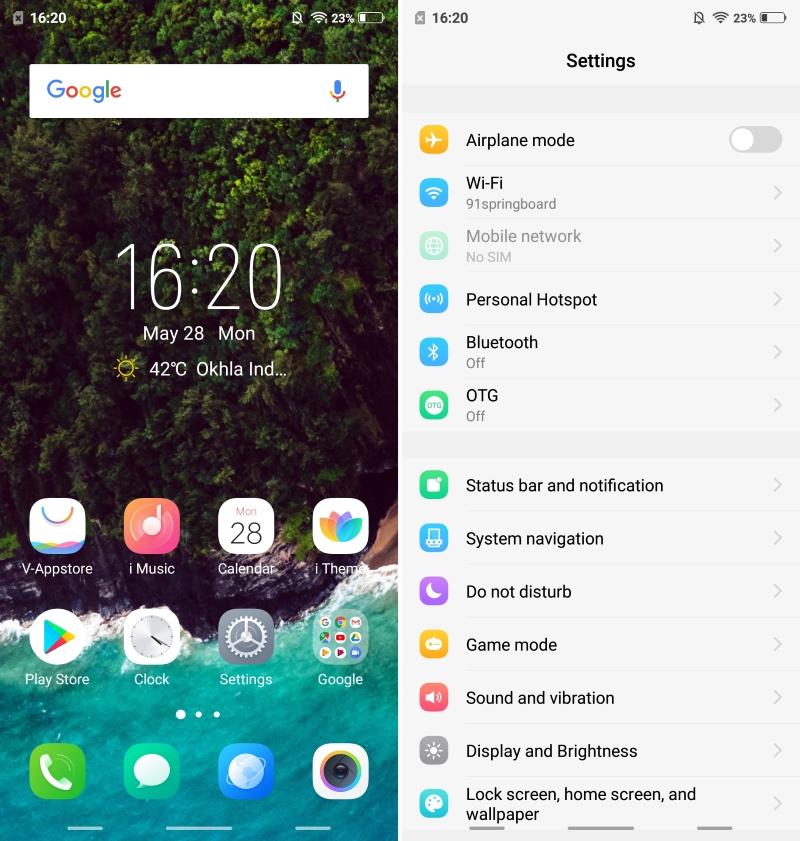 Every setting and toggle is easily accessible, and you never feel like having to stretch your finger out to reach something. A lot of smartphones are coming with a 19:9 screen ratio, but thanks to the FunTouch OS on-board, the user experience with the X21 has been quite pleasant. 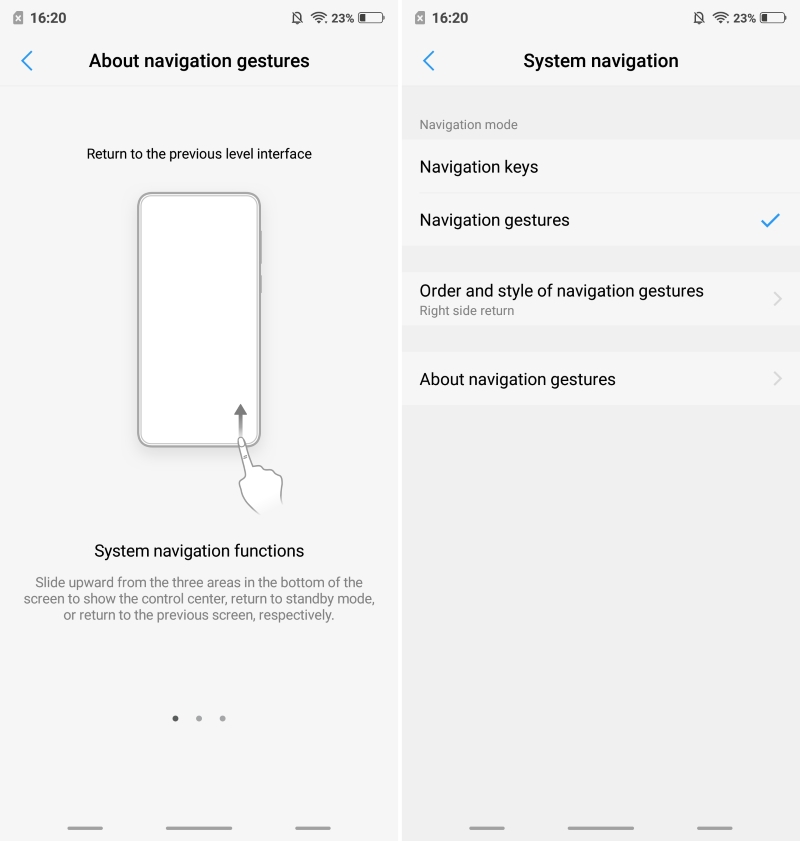 Also, there’s no denying the fact that this custom skin is a direct copy of iOS. That being said, it still feels good. The OS comes loaded with plenty of useful features, and while I haven’t tested out all of them yet, they do seem promising. One thing that I did try out though, and fell in love with, are the gestures on this thing. They are outrightly similar to the iPhone X, if not better, and trust me, once you’ve tried the gestures on this device, you’d never want to go back the navbar way. It’s that good!

The Vivo X21 packs in a 3,200mAh battery, which is quite decent considering its size. However, with the power efficient Snapdragon 660 on board, I expect the device to easily last a day with normal usage. Additionally, the smartphone also comes with fast charging support, so you should be able to charge your device much swiftly. 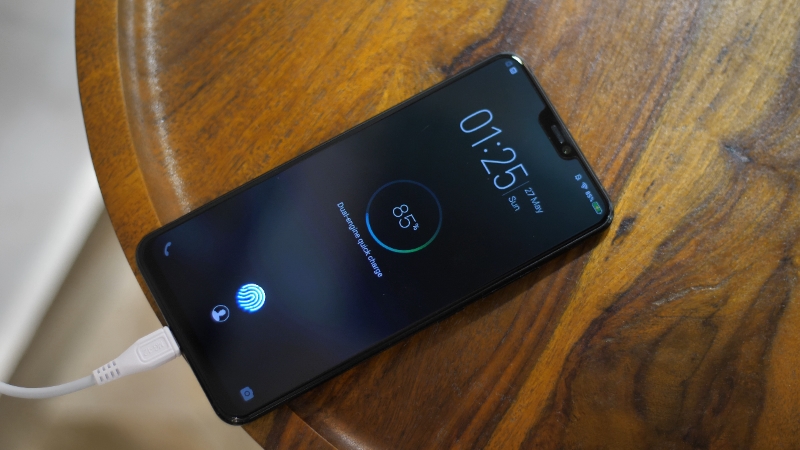 All things considered, the Vivo X21 is shaping up to be a great device. In the little time that I spent with the device, it felt smooth to use and gave a nice and sturdy feel. The highlight of the phone has to be the under display fingerprint sensor, which I personally found to be a great touch (pun intended). It is worth acknowledging the fact that Vivo, a brand that is still relatively unknown to the outside world, is brave enough to experiment with its devices, and take itself to the global platform. With the Vivo X21 and their all-screen display phone, Apex, Vivo is setting new benchmarks in the world of mobile computing, and bringing back the element of innovation to Android, rather than being a complete copycat.

Our full review of the Vivo X21 will be out soon, but if you have any questions regarding the device, do let us know in the comments section down below and we will make sure to answer them in our Vivo X21 review.