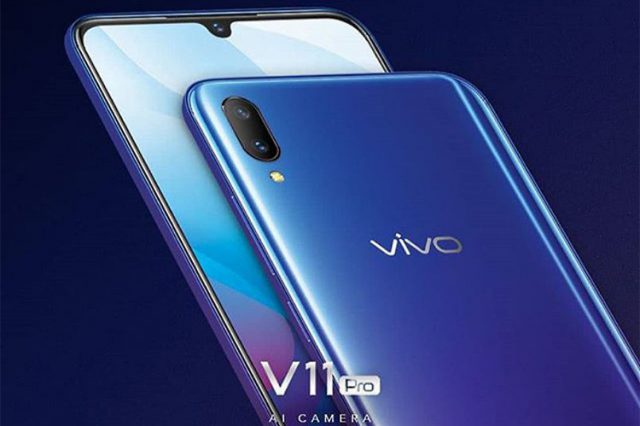 Earlier this month, Chinese smartphone manufacturer Vivo started sending out press invites for a launch event scheduled for September 6. At the event, the company is expected to launch the Vivo V11, information about which has been floating around the internet for a couple of weeks now.

While the company has been teasing the device for a while now, its latest teaser completely reveals both the front and back of the upcoming smartphone, which is along the lines of the leaked live images that surfaced earlier this month. 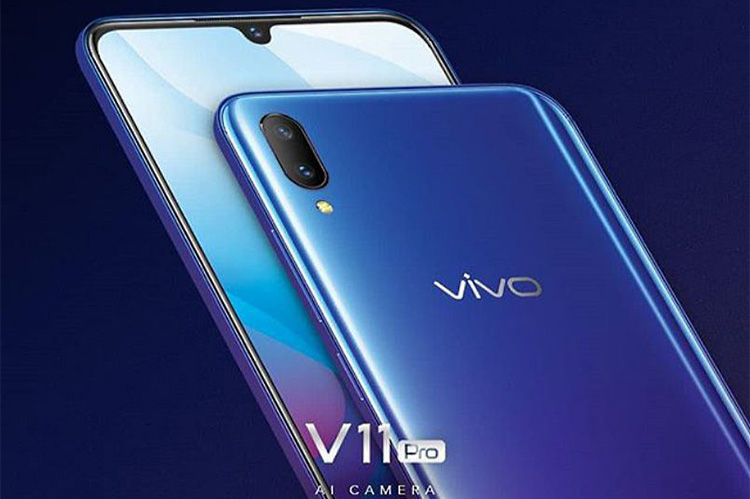 The latest teaser showcases the device’s vertically oriented dual camera setup with an LED flash underneath and the Vivo logo placed bang in the center. The front, however, is far more interesting with its ‘waterdrop’ notch that occupies a tiny amount of space, unlike most other smartphones in the market today. The device has fairly slim bezels on the top and sides, but the bottom remains hidden from view.

Up till now, Vivo has already confirmed that the upcoming Vivo V11 will feature the fourth generation in-display fingerprint sensor, which explains the lack of a sensor on the back, that will be included on both the standard and the Pro variants of the device. The device looks a whole lot like the Vivo X23 which was listed on the official Oppo China store earlier this month, however, we can’t be sure if both of these devices are the same. 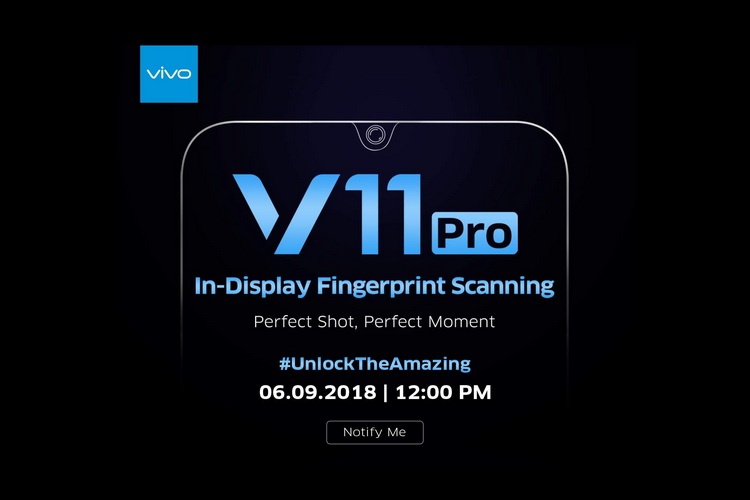 Previous leaks have also suggested that the upcoming Vivo V11 will feature a glass back with a multi-hue gradient, that has become sort of a trend among Chinese smartphones. The device is rumored to feature a 6.41-inch FHD+ Super AMOLED display, the Qualcomm Snapdragon 660 SoC, 6GB of RAM and 128GB of internal storage.