Biometric authentication on consumer devices went mainstream with the arrival of iPhone 5s and its fingerprint sensor dubbed “TouchID”. The Android smartphone manufacturers like Samsung, LG were quick to follow suit but Google only started supporting fingerprint scanners last year with Android 6.0 Marshmallow. Well, better late than never and thanks to Android’s native implementation, app developers too have started implementing it in their apps, which has made sure that fingerprint scanners are indeed useful and not just a gimmick. So, if you bought a brand new Android smartphone that packs in a fingerprint reader, here are 6 ways it can come in very handy:

Authenticating app & game purchases on Google Play Store is important because otherwise, even a kid playing a game on your device can go ahead and accidentally purchase something. Previously, Play Store would let you confirm your purchases by entering your Google account password. However, it can be a lengthy process and that’s when a fingerprint scanner comes in handy. You can simply go to the Play Store Settings and enable “fingerprint authentication” and the next time you make a purchase, you can easily authenticate it with your fingerprint. 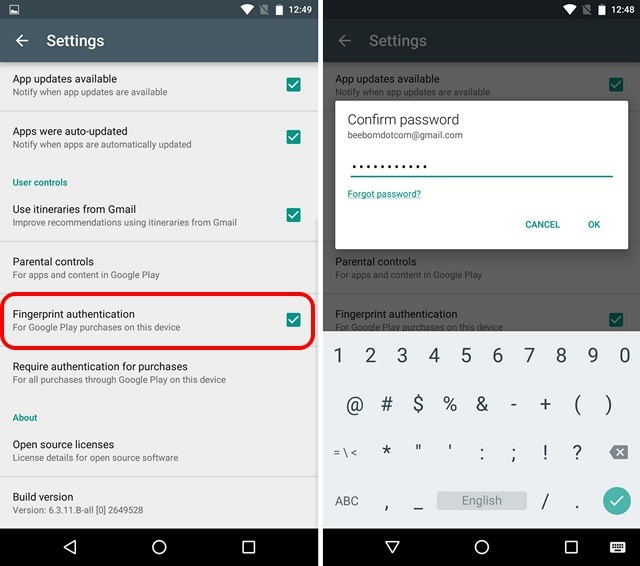 We are all aware of Google’s Android Pay platform that lets you use your credit card to make purchases without ever taking out your wallet. Well, what makes it even more effortless is the fingerprint scanner integration. Instead of verifying a payment with a PIN or password, you can simply use your fingerprint to quickly verify a payment.

So, basically, if you are buying something in a store, you can simply tap your phone with the terminal and Android Pay will pop-up for the payment verification and then, you can use your fingerprint to confirm it.  Other than Android Pay, there are third-party payment services like Mint Bills, Robinhood etc. that incorporate support for fingerprint sensors.

3. Lock apps with your fingerprint

Using a fingerprint to unlock a locked app on Android should be way more efficient than entering a PIN or a pattern and while Android does not let you lock/unlock individual apps via the fingerprint sensor, you can do so via a third party app. App lockers like App Lock: Fingerprint & Password, Privacy Ace AppLock, Fingerprint security let you easily unlock your apps with your fingerprint. 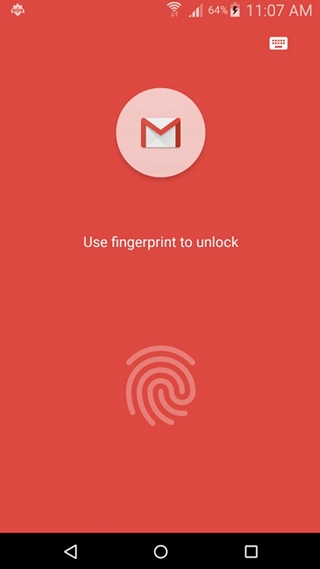 Password managers are apps that let you store all your passwords in a single, secure place. While these apps are generally very secure, fingerprint authentication in Android makes things even better. Having a fingerprint lock should make sure that no one simply goes ahead and sees your passwords. Also, these apps let you login everywhere using your fingerprint sensor, be it other apps or webpages on Chrome. There are various password manager apps that support fingerprint authentication including LastPass, Authenticator Plus, Keeper and more.

Banking apps are something that we use a lot to make our payments and transactions but entering our password every time to enter the app can be a hassle. Also, what if our phone gets stolen and the thief somehow manages to get inside the app. It’s scary, right? Well, not anymore, thanks to fingerprint scanners. Most banking apps have started integrating the fingerprint sensor, so that you can make transactions with a tap to the sensor. Not all banking apps support it yet but with most new Android smartphones featuring a fingerprint scanner, they should be doing it soon.

Home automation is quickly gaining prominence and there are plethora of smart home devices and home security devices that work through an Android app. So, wouldn’t it be great if it worked with the fingerprint scanner? While we are yet to see smart home apps supporting fingerprint scanners, we really hope to see them implement it soon. Having fingerprint authentication on smart home control apps should make things more breezy yet secure.

SEE ALSO: How to Set up Fingerprint Scanner on Stock Android

Which is your favorite use case of fingerprint scanner on Android?