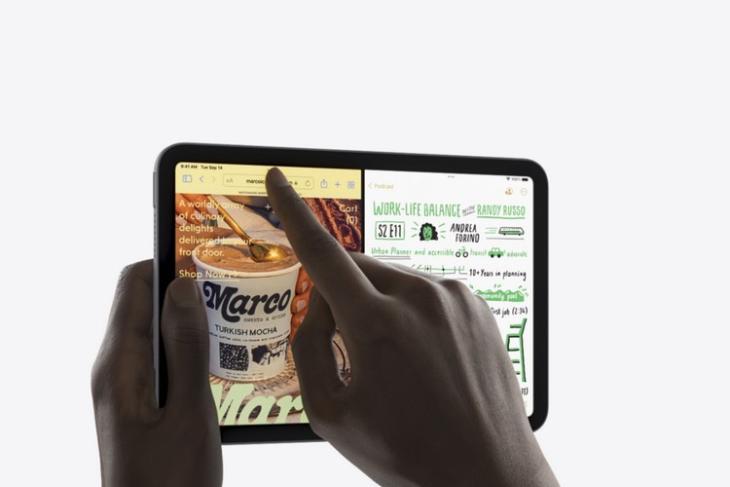 At its hardware event earlier this month, Apple unveiled a redesigned iPad mini 6 alongside its next-gen iPhone 13 series and Apple Watch 7. Following the launch, customers recently started receiving the device and reviews started pouring in. Now, although the latest iPad mini brings various new features like an all-metal design, second-gen Apple Pencil support, USB-C port, and 5G, users report a “jelly scrolling” issue with the device’s display. However, Apple says that it is not an issue and “normal behavior” for LCD panels.

What is “Jelly Scrolling” Issue in iPad mini 6?

Now, for those unaware of what exactly is the “jelly scrolling” problem, let me give you a quick brief. On the iPad mini 6, when users scroll a screen with lots of text, the display seems to move a bit weirdly. As Dieter Bohn from The Verge explains in his initial report on Twitter, the issue causes one side of the screen to move faster than the other side, creating an unusual wobbly effect when scrolling.

Bohn said that the issue is subtle and not usually noticeable, so it is hard to catch it on record. However, he shared a frame-by-frame screen recording (attached below) to showcase the jelly scrolling issue on the new iPad mini. The issue, as per Bohn, occurs very often when using the iPad in portrait orientation. However, it completely goes away when the device is used in landscape orientation.

Now, following his report, many users reported the same issue with their new iPad devices. Hence, Ars Technica reached out to Apple for an explanation.

The company, in a typical Apple fashion, responded by saying that the “jelly scroll” issue with the 6th-gen iPad mini screen is normal behavior for LCD screens. According to Apple, the LCD panel of the iPad mini refreshes line by line. So, if there is a delay between the refresh rate of the lines at the top and the lines at the bottom of the screen, it can cause uneven scrolling issues like the one that is there on the latest iPad mini models.

Moreover, following his initial report, Bohn also shared recently that he does not think that this is a major issue on the iPad mini 6 that could refrain customers to buy the device. So, if you faced the jelly scrolling issue on your new iPad mini 6, unfortunately, you will have to live with that as Apple will not replace it just for this issue or fix it with a software update. However, the good news is that the issue is very subtle and might not affect your daily tasks on the device.