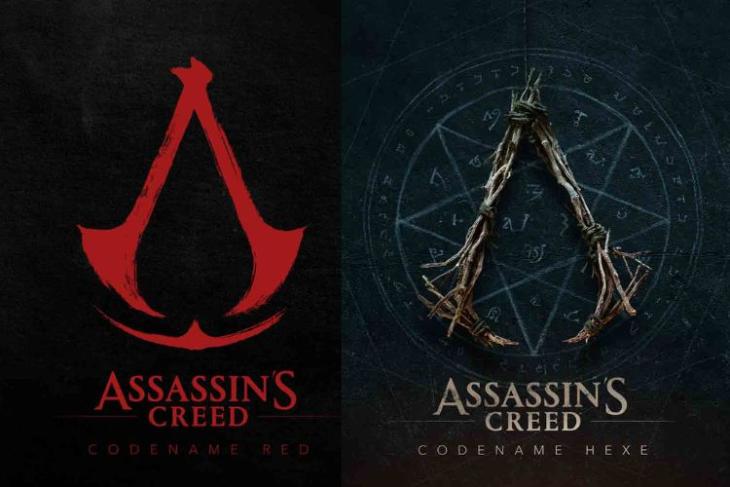 After the announcement of Assassin’s Creed Mirage, Ubisoft pushed its AC showcase to a whole new level by sharing more details about its ambitious Project Infinity. This upcoming expansion project of the franchise is bringing us 2 new Assassin’s Creed Games to boot, the likes of which don’t exist anywhere else. And here’s everything we know!

Listening to the fans’ demand, Ubisoft has finally decided to explore the history of Japan with Assassin’s Creed Codename Red. This title will be set in feudal Japan and will feature a Shinobi, better known as a “Ninja” in action. The feudal period of Japan is also known as the age of warriors. So, alongside sneaky assassinations, we can also expect some kingdom-breaking moves from our protagonist. Watch the AC Codename Red reveal trailer here:

Ubisoft’s AC Showcase also hinted towards a darker upcoming title by the name of Assassin’s Creed Codename Hexe. Marc-Alexis Côté, VP and executive producer of the AC series claimed that this title will be a “very different type of Assassin’s Creed game” and the short teaser definitely lives up to his word.

For a brief second, we see the AC logo made out of twigs dangling in a dark forest. Then, the teaser immediately cuts to the same symbol placed on a stone platform with some symbols carved on it. Could this title explore the beginnings (or history) of assassins from the dawn of humanity? Or be just another game with a different setting? We have explored some possibilities below.

The whole concept of Codename Hexe is giving us ominous voodoo vibes, and it might possibly lead us to the first ever horror game in the Assassin’s Creed franchise. Or it could be a regular AC game that’s set in the world of horrendous witch trials. But nothing can be said with utmost surety for now.

What is Ubisoft’s AC Project Infinity?

Both of the above-mentioned AC titles are going to be under the umbrella of Project Infinity, which is bringing back multiplayer to the franchise. We are expecting PvP and stealth-based team missions to make it into the game. Though, Project Infinity, at the moment, won’t be involving any other AC titles yet.

Moreover, this multiplayer project might not just be focusing on the AC franchise. Côté claimed, “We’re actually investigating how we will bring back standalone multiplayer experiences into the Assassin’s Creed universe,” This might be a hint toward recycling older AC games into a new multiplayer experience. But it might as well include other popular Ubisoft titles. More details are yet to follow.

With two expansive Assasin’s Creed titles being around the corner, which other historical period should this franchise explore? Tell us in the comments section below!