What comes to your mind first when we say the word ‘Social Media’? Despite you might be using other platforms to access this world of dynamic web, the first two names would be Facebook and Twitter, which shall be considered as the pioneers of the ongoing social media era. In the mentioned era, however, social media is but an essential part of socio-cultural sphere, and thus the importance of these Social Media giants is something great. Literally, social media is meant to be a virtual manifestation of the social sphere, where ‘REAL’ people would share what they would like to ‘really’ share! And, this definition of social media is what makes these sites the favorite platform for bloggers as well as internet marketers. Nevertheless, there is an unending discussion between internet marketers, when it comes to selecting the best social media platform for professional use. 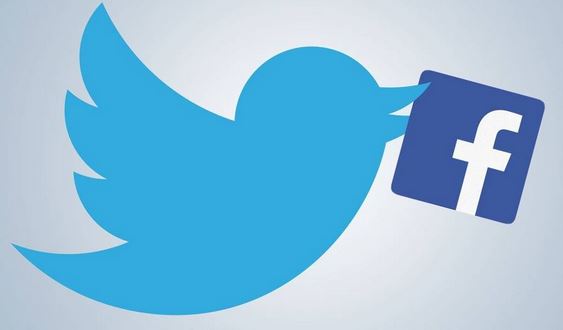 They usually tend to be confused between Twitter and Facebook. In this article, we would like to clear that commonly seen dilemma by having a comparison of the effective behavior of Facebook and Twitter as far as the internet marketers’ perspective is concerned. Apart from mentioned professionals, marketers who want to publicize their brand/firm can also take advantage of this comparison. And, we hope, at the end, we would be able to find an adequate answer for this commonly unanswered question! Before, we would like to remind you that we will be comparing the features of social media marketing here and will concentrate only a little on Advertisement services, both of these services offer.

Regardless the social media platform/website, when you share content for promotion, most significant thing, you need, is maximum reach as possible. In this case, however, in light of several demographics, we will say Facebook got more amounts of users that that of Twitter, which in turn assures enhanced reach. Thus, when you share some sort of content through both of these platforms, chances are high that more people will let you know this via Facebook as well as the effect of the campaign would be more deep! Thus, if you want to ensure double reach to your content, it is your duty to prefer Facebook to Twitter, and we hope you, as a passionate internet marketer, would do that.

When you share something on Web for a promotion purpose, it is essential to have the right community of audience to enjoy the optimum effectiveness of the campaign. In this case as well, Facebook seems to be dominating over the counterpart, because the mentioned site has a wide range of audience whereas the counterpart has not! It is clear to understand that the age of users will be much diverse in Facebook when compared to that of Twitter. The reason is very simple that Twitter is still considered as a social network for matured people, whereas Facebook is said to be a social networking platform for everyone who would like to communicate and share. Thus, specifically, if you like to focus audience of different age at once, you can prefer Facebook to Twitter and otherwise not.

In this web-driven world, you cannot stay in the stage by having some ‘cool’ slogans or sentences with you. On other hand, you have to attract the user through the power of rich content. In that respect, Twitter is a kind of restrictive platform, as it lets you create status updates of only 140 characters, which might be, in several situations, not that a sufficient amount. Also, when it comes to the case of Facebook, it has support for different kinds of specific targets, such as deals, photos, videos, questions, etc, and all these can be helpful when the comprehensive promotion is on the priority list.

So, the final Word

Thus, when considering all these sections and according to our experience, Facebook is preferable to Twitter, when you are concerned about the effective promotion of your brand or product through social media. However, we hope that at least a few of Twitter lovers will have replies for all these points.