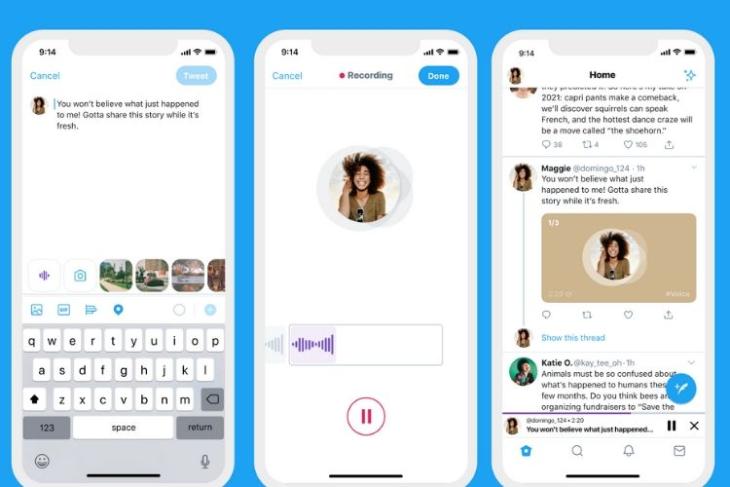 As Twitter continues to grow as an essential platform for real-time conversations, the company is adding new ways to share your thoughts and opinions. We recently saw it rollout Instagram Stories-like ‘Fleets’ feature in India. And now, Twitter is testing out audio tweets with iOS users. Yeah, audio tweets where you can record a message and share it with your followers.

“Sometimes 280 characters aren’t enough and some conversational nuances are lost in translation. So starting today, we’re testing a new feature that will add a more human touch to the way we use Twitter – your very own voice,” says the official blog post.

The things you weren’t able to say in 280 characters or required creating a thread can now be shared via 140 seconds (2 minutes and 20 seconds) of audio. If you are an iOS user, you should see a new ‘waveform’ icon next to the camera icon in the tweet compose window. Tapping this icon will show your profile icon with a record button. I believe you know what to do next.

Rolling out today on iOS, you can now record and Tweet with audio. pic.twitter.com/jezRmh1dkD

Twitter has given a brief look at how the feature works in the introductory tweet above. But, I would like to tell you that you don’t need to record an audio tweet in one go. You can pause the recording, think over what you want to say next, and continue on. It also lets you add text to audio tweets before sharing it with everyone, possibly to give some context. It’s not mandatory though.

The audio tweet feature seems to be rolling out in batches and not everyone will have it right away. My colleague Akshay does not see the audio recording option in the Twitter app on his iPhone XR. Still, here’s an example of how these tweets look and behave.

All audio tweets, as Twitter mentions in its help center, will include your current profile photo as a static image on your audio. It will not refresh if you update your profile photo. If iOS users play and audio tweet, they will see an audio playing dock – similar to most streaming services – at the bottom. They can continue to listen to an audio tweet and scroll through the feed simultaneously.

The audio tweets feature is not available to Android users just yet. They will have the audio tweet to listen to it in fullscreen mode – same as videos on the platform. There is no info on when the feature will make its way to Android just yet.