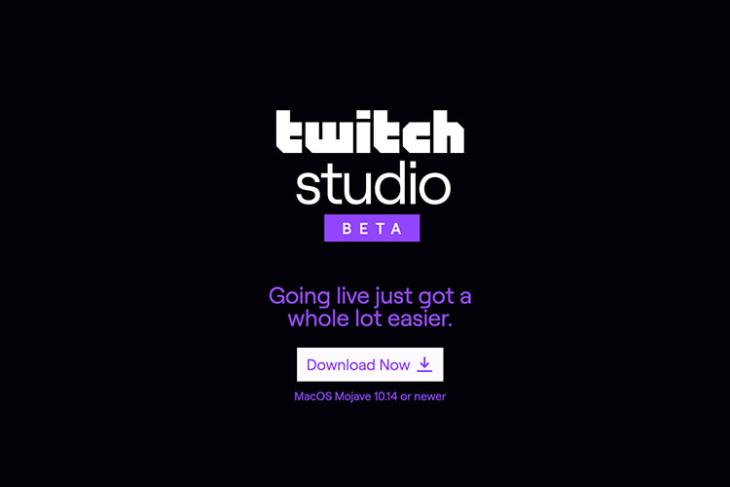 Twitch Studio is a free broadcasting app that Twitch launched late last year. The app aims to help new streamers get started with streaming easily and without much hassle. However, at launch, the software was only available for Windows users. Well today, the company is bringing Twitch Studio to Mac as well.

The software is still in beta, in case you were wondering. However, Mac users can finally join in. Twitch isn’t over-ambitious with it either. The company is not hoping to get long-time streamers to switch over to Twitch Studio. Instead, it’s hoping that new streamers can use the software to easily get started with streaming online.

Twitch Studio comes with the basic features you will want on your streaming set-up. This includes chat view, and a feed of new subscribers. However, the company does mention that the Mac version of the app isn’t as powerful as the one for Windows. macOS doesn’t let the app directly capture game scenes as they are rendered. Therefore, the app records your entire screen in order to stream the gameplay.

Still, having an easy to use, all-in-one streaming solution is a good idea. Especially when it’s from the streaming platform that you most probably want to be on anyway. Twitch Studio should not prove difficult for anyone to get started with. So, if you have been waiting to start streaming, now may be the perfect time.