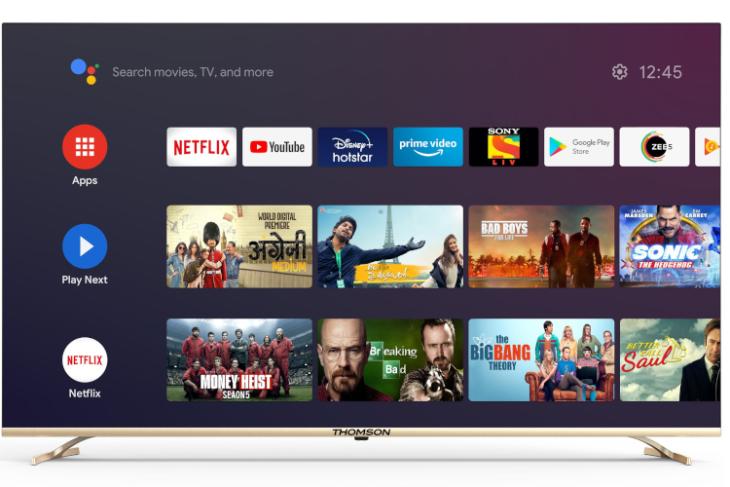 French TV maker Thomson has today launched Path 9A series, Path 9R series, and expanded its Oath Pro TV lineup by announcing new variants (50 and 75-inch models) in India. The TVs have been tested and developed with Google and are ‘Make in India’ certified.

Thomson promises that its TVs will have access to over 5000 smart TV apps and games. The TVs run Android TV 9 out of the box. The company’s TV remote has dedicated buttons for Sony Liv, Amazon Prime Video, and YouTube, and even Google Assistant.

Having launched the 43-inch, 55-inch, and 65-inch variants of the Oath Pro series, the company has added two new models – 50 and 75-inch today. Thomson Oath Pro series offers a 4K display with support for Dolby Vision, HDR10, and Hybrid Log-Gamma. It also offers support for MEMC. In terms of audio, you get two 15W speakers combined with Dolby Digital Plus and DTS TruSurround.