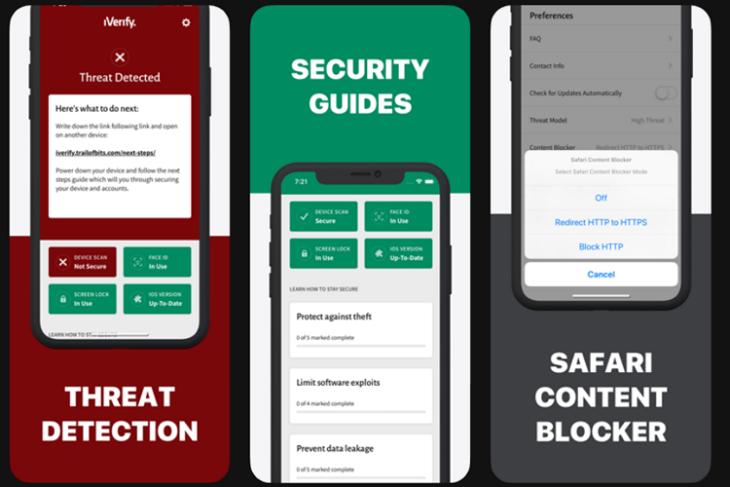 iOS is one of those operating systems that is usually considered to be safe and secure. However, if you’re one of those users who is constantly worried about being hacked, iVerify is an app that you probably want to check out.

iVerify is developed by Trail of Bits, a cybersecurity firm. The developers of the app claim that iVerify is capable of detecting hacks. The app checks your iPhone for settings that could lead to your iPhone’s security to be compromised and provides measures to help you prevent it.

The app also detects side effects or abnormal behavior of iPhones caused by unauthenticated access or jailbreaks. “The jailbreak detection is using side channels to figure out information outside of the sandbox. This is like sending up smoke signals out and you’re looking at the clouds in the sky through a tiny little window in your room where you’ve been locked”, Dan Guido, the founder of Trail of Bits told Vice.

Once the app detects that the user has got hacked, it alerts the user and generates a personalized URL containing details regarding the attack. The user will be shown some steps to deal with the situation and an incident report on the same will be sent to the company.

In addition to the detection features, the app recommends various tips to stay secure, like using two-factor authentication apps and VPNs. As using a VPN is illegal in China, the Cupertino giant did not approve the app on the Chinese App Store.

The app, however, is not available for free and costs Rs.399. If you’re willing to pay the price to stay secure, check out the app from the link below and let us know if you found it helpful in the comments.

This App Helps You Easily Find Your Bluetooth Earphones

This App Automatically Cancels Subscriptions at the End of Free Trials

Emojivision is an iOS App That Lets You Take Emojified Selfies