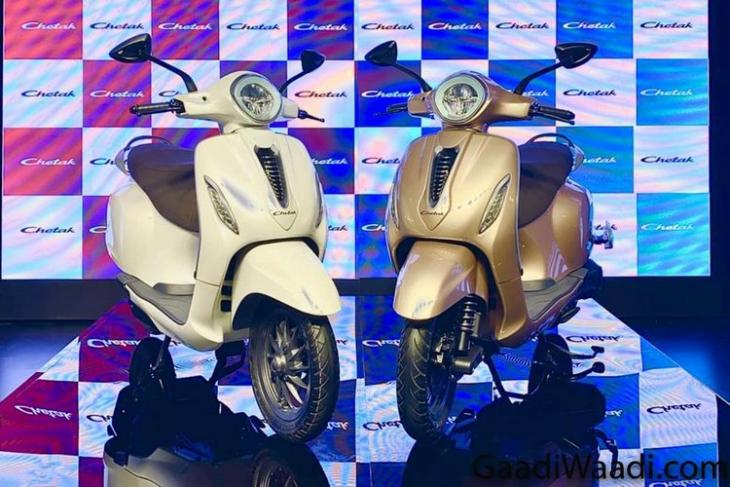 After being phased out in the first few years of this millenium amidst dwindling sales in an increasingly competitive two-wheeler market, the legendary Bajaj Chetak has made a comeback, albeit, in an electric avatar. Confirming recent rumors, Bajaj Auto on Wednesday launched the all-new Chetak under the company’s Urbanite EV sub-brand, as part of the company’s plans to enter the EV (electric vehicles) space in the country.

The Chetak Electric is currently being manufactured at the company’s factory at Chakan, near Pune, Maharashtra, with production said to have begun September 25, 2019. In a nod to the cult classic, the new model comes with a retro-chic design, but with modern touches, like the geometric LED turn indicators on the front apron.

The new Chetak comes with an electric powertrain that contains a Li-ion battery with NCA cells. According to Bajaj, it comprises of an Intelligent Battery Management System (IBMS) that controls charging and discharging seamlessly. It can be charged using standard 5-15Amp household chargers, said the company. The powertrain is also rated IP67 that denotes dust and water resistance.

The scooter also comes with a regenerative braking system that will charge the batteries every time the rider applies the brakes. While that will increase the range to some extent, the vehicle itself offers only up to 95km per charge, and that too, on the ‘Eco’ mode. The range dips to just 85km when the ‘Sport’ mode is switched on.

Bajaj is yet to officially announce the pricing, but auto blog GaadiWaadi speculates that it might be around the Rs. 1.25 lakh (around $1,800) mark. The scooter will be sold from Bajaj’s ProBiking showrooms, with the first batch set to be delivered in January, 2020.