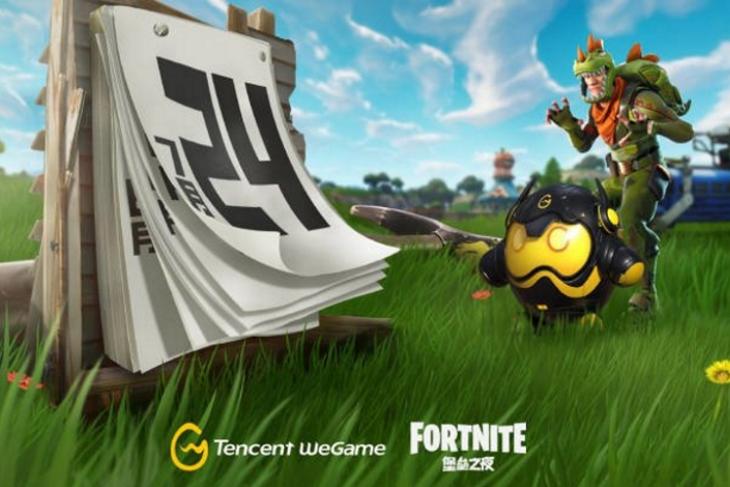 While PUBG might have brought the battle royale genre to the limelight and made itself a huge success along the way, the streak was ended by Epic Games’ Fortnite: Battle Royale. With Fortnite conquering the PC and the console world, PUBG Corp. decided to release a mobile version for Android and iOS which, surprisingly, actually runs better than the PC port.

On the other hand, Fortnite had also released a mobile game which was available only on iOS. Now, it seems like the company is all set to give PUBG Corp. another reason to worry about. Because Fortnite will be out on Android before the end of this month.

Tencent Games teased the launch of Fortnite on Android and while no date was explicitly mentioned, the calendar in the image points out to July 24 as the release date.

As of now, it seems like it would be a China-only variant of the game, which could see a global release in the future. In fact, this idea is further supported by the fact that the teaser carries the logo of “Tencent WeGame”, which the company is planning to push for a global release to take on market giants such as Steam and more.

It is worth pointing out that Tencent Mobile is also involved in development and distribution for PUBG Mobile. Now that Fortnite is also under its name, it could see Tencent Mobile become the global leaders in mobile gaming.

For now, there is not much known about the game apart from the speculation mentioned above. We are still waiting for an official announcement from either Epic Games or Fortnite, who are currently gearing up for the launch of Fortnite’s Season 5.