Skip to content
Home News Surface Duo to Get a Major Camera Update in October: Report 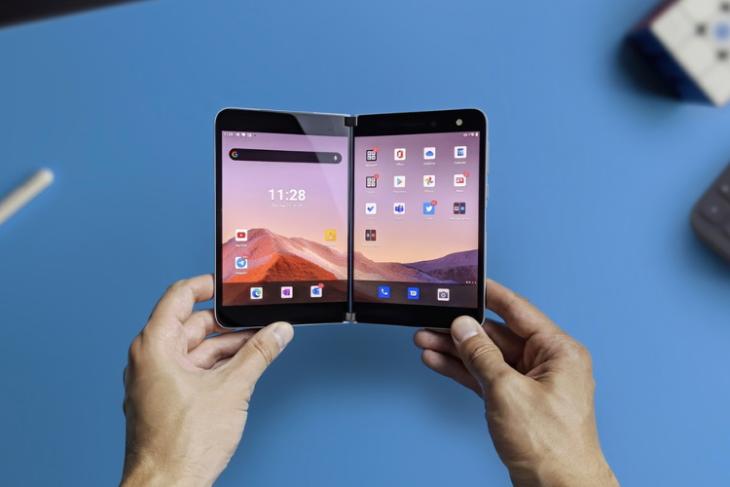 Microsoft once again ventured into the smartphone space with the launch of a foldable phone, the Surface Duo, earlier in September. It’s a great looking and functional device for multi-tasking. But, if you have seen any Surface Duo reviews, then you would know that software issues and sub-par camera performance are a general consensus.

Well, if you are a Surface Duo owner, you will be happy to know that Microsoft is hard at work on a major camera update. It is expected to bring along a slew of new features, including live HDR preview, image refiner, and other improvements.

Image Refiner, as the name suggests, will use AI to help optimize the image quality. A ‘Photo Solid’ feature, which could be related to 3D modeling using the camera, is also said to be in the works. Microsoft also wants to make it possible for Surface Duo users to get a live preview of HDR images without any shutter lag. Last but not least, you can expect improvements in EIS (electronic image stabilization) and multi-frame support for the single 11MP camera onboard.

Alongside the new camera features, the update will also fix major performance issues at hand. This includes a noticeable lag when you drag and drop apps between the two screens, app freezes, and crashes when you try to expand the apps across the displays. Some of the apps are also said to freeze when you use the gesture to switch them out.

Microsoft is currently testing this update internally and is expected to roll it out next month, as per Windows Central’s Zac Bowden. It will also bring the October security patch in tow.